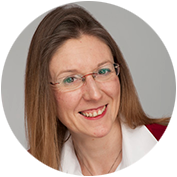 As well as being a current vice-President of APM Miles Shepherd is a past Chairman of APM and a previous President of the International Project Management Association. He is an active independent project consultant at MSP Ltd and supervises MSc students at a collection of universities within UK and overseas.

He became an Honorary Fellow of APM in 2009 and of IPMA in 2011, awarded the APM President’s Medal for his contribution to international project management in 2014.

He became involved in major change management programmes and IT projects in the British Army before joining a science and technology firm spun out of the United Kingdom Atomic Energy Authority.  He is founder and principal of the project management consultancy MSP Ltd and has over 30 years’ experience at the front line of project management.  He has been involved in a wide range of projects in UK, such as the Train Protection and Warning System, and nuclear decommissioning projects at Windscale, Winfrith and Harwell.  Overseas projects included several commissions at Chernobyl, in Ukraine.  He continues to support the United States Department of Energy in their development of project management systems.

His expertise in project management has been further recognised by appointments as Adjunct Professor at the Asia Pacific International College, Sydney and Honorary Senior Research Fellow at University College, London.  He is a founding director of PM World Journal as well as one of their international correspondents and global advisor.