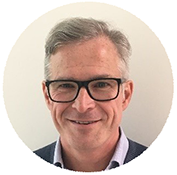 Stuart was born in Edinburgh, Scotland and has three university degrees: a BSc in Electronic Engineering, an MSc in Telecommunications and an MBA. He is also a Chartered Engineer, a Fellow of Association for Project Management (FAPM), an internal BAE Systems Fellow, and holds the PMI PgMP qualification.

Recently, Stuart was appointed as an Honorary Professor in Project Management by Manchester Business School. He became a member of APM’s board in November 2019: he views both of these appointments as a privilege and an opportunity to support and influence people within the project profession.

Stuart’s career started in telecommunications engineering with STC in 1985. In 1989 he joined GECMarconi as an electronics engineer, progressing into project management and business unit management. In 1998, Stuart was appointed as business unit director with responsibility for managing the factory and the overall business. Following the merger of BAe and GECMarconi in 2000, Stuart moved to Germany as the joint MD (with Airbus) for the Eurofighter Flight Control System JV. In 2003, Stuart was appointed as the systems delivery director for Typhoon and then, in 2005, he moved back to Germany to work within the EF GmbH consortium as programme VP for several major contracts. In 2011, he moved back to the UK as programme director for the BAE Systems work content on the F-35 Lightning II aircraft. In this role he was responsible for delivery of all contracts and for securing future development activity.

Stuart lives in Chester, is partnered with Amanda, and has three children: Louise, Sophie and Jeremy. He enjoys reading, listening to music, jogging, tennis, and skiing.