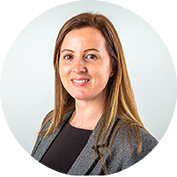 After starting out as an architectural technologist and progressing to building surveying, Erin has now found her place as a project manager within the construction industry. Having previously worked inhouse at SRUC, Heriot-Watt University, she is now a senior project manager at Thomson Gray Construction Consultants based in the Edinburgh office.

Erin is a Fellow of APM and RICS Chartered Project Management surveyor. She has been on the APM Scotland Branch Committee since 2013, fulfilling the role of secretary since 2016.  During her time on the committee she has taken on the role of both mentor and judge in the annual APM Scotland Branch Project Challenge and more recently has become an MAPM and FAPM assessor after becoming a Fellow in 2019.