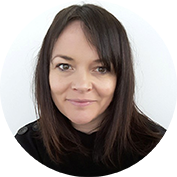 Roslyn Neely took up the post of Chief Executive at Edinburgh Children’s Hospital Charity (ECHC) in January 2015. In that time, she has led and grown the team to increase the contribution it makes to the children’s hospital, including the development of two new services, an innovative Arts Programme; and The Hub, a child, youth and family support service, unique to a hospital setting in the UK.

The charity regularly funds projects and services which are world leading and has provided over £3 million to one of the largest integrated Art and Therapeutic Design Programmes in Europe, at the new Royal Hospital for Children and Young People in Edinburgh. Prior to working with ECHC, Roslyn has held a variety of fundraising and marketing roles at all levels including seven years as director of fundraising and communications at Children’s Hospice Association Scotland (CHAS).

Roslyn won the Institute of Directors Scotland ‘Charity Sector Director of the Year Award’ in 2019, is a trustee for Dads Rock and Edinburgh Dog and Cat Home, and has spoken on a range of subjects at conferences in the UK and internationally.

Edinburgh Children’s Hospital Charity (ECHC) has provided over £3m towards the largest integrated art and therapeutic design project in a children’s healthcare setting in Europe. The charity believes that the healthcare environment in which you’re cared for and how it makes you feel, is crucial in reducing anxiety, aiding recovery and creating a sense of being safe and valued.  The project to enhance Edinburgh’s Royal Hospital for Children and Young People involved significant engagement with children, young people, families and staff to shape the project briefs, select the design teams and influence the final designs. This session will describe the processes used to engage hospital users in the design of the building and how this was crucial to the success of the project.