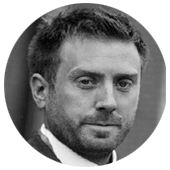 Craig started his career at the Maritime & Coastguard Agency (MCA) in 2001 where he went on to spend over 10 years within the same organisation fulfilling a range of technical and project related roles. During this time, Craig played a significant role in securing Security Accreditation for some of MCA’s key systems as well as migrating several back office functions to a Shared Services Centre.

Craig moved to NATS in 2011 and has been working in a range of project related roles which include the successful deliveries of EXCDS into Swanwick Terminal Control and Prestwick Upper Airspace Programmes. Both of these programmes were significant transformational changes delivering into some of the most complex airspace in the world. Craig is now working on a portfolio of projects supporting the next significant transformation replacing a number of operational systems and services within NATS.