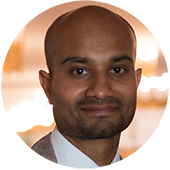 Raki joined the Zoological Society of London (ZSL) in 2017, as Conservation for Communities Programme Manager. He manages conversation programmes across South-east Asia and Africa which aim to reduce marine plastic, increase fish stocks and improve the lives of marginalised coastal communities living in biodiversity hotspots.

Raki began his career as a journalist in Austria, on the political desk of Kurier and Format. After working as a photographer at Biber magazine, Raki built his knowledge of development aid work through joining the United Nations Industrial Development Organization (UNIDO) in 2008. For the next six years, he launched food safety schemes in Lao PDR, a national cinnamon training programme in Sri Lanka and helped harmonising accreditation systems in the Arab region.

Ready for a new challenge, Raki moved to London in 2013 where he joined the private sector at the British Standards Institution. Amongst various projects in Asia and Africa, he supported the improvement of trade standards in China and helped streamline and improve Mongolia’s quality infrastructure to reduce barriers to trade. In his spare time, Raki can be found hiking over-ambitiously in the Alps or photographing the sights of somewhere far flung.