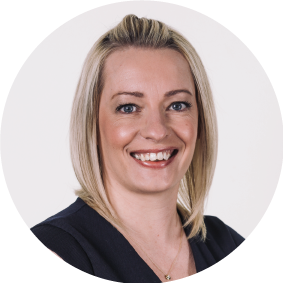 Hollie Woodard Hollie Woodard is Head of Equality, Diversity & Inclusion (ED&I) for VolkerWessels UK, Hollie has worked in the rail industry for 15 years, moving into a commercial role before progressing into a Project Manager position. Hollie has been a member of the APM’s Women in project management committee for 3 years, her passion for encouraging more females into the construction and rail industry has led to her current role heading up the ED&I agenda for VolkerWessels UK.

Through ‘inspiring the future’ organisation Hollie volunteers in schools talking about the wide range of opportunities for all in the industry and in particular focuses on challenging stereotypes. In her spare time Hollie is also a STEM ambassador and a local school governor. Hollie was voted ‘one of most 20 inspirational women in rail’ by her peers in 2016 and in 2018 was shortlisted in the Northern Power women ‘one to watch’ category.

Hollie will reflect on the journey VolkerWessels UK are making to build inclusive workplaces, and will share ideas for lessons learned and best-practice that will be relevant across all sectors and stages in the inclusion journey.