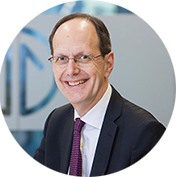 Chairman - Transport for the North

John led the CBI as director-general between 2011-2015 and was key spokesman for the business community in the media, on public platforms and with the Government.

John was educated at Boston Grammar School and has an MA in History from Christ’s College Cambridge. He joined the CBI as a policy adviser in 1982 and took up deputy director-general from 2000 to 2010 and spent thirty-three years at the CBI.

He was vice chair of the National Learning and Skills Council between 2007-2010. He spent ten years on the Low Pay Commission and the ACAS Council. He was also a member of the Council of Cranfield University, the Commission on Environmental Markets and Economic Performance. From 2011-2015 he was director of business in the Community and a UK commissioner for employment and skills.

He is also a visiting professor at University College London.

John Cridland: The Power of the Profession: A Catalyst for Good from Association for Project Management
Join APM