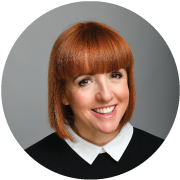 Cally Beaton is a media executive, entrepreneur and performer. At the start of her career she headed an independent television production company that was bought by ITV. She joined the board of the UK’s main commercial broadcaster as both the youngest and the only woman member (and for a while sat alongside David Cameron). She left ITV to start a creative consultancy and production company as well as joining Viacom as Senior Vice President of International Sales.

At Viacom, Cally oversaw a £500million budget for channels including Nickelodeon, MTV, Comedy Central and Paramount and including programmes from South Park to Friends, Russell Howard’s Good News to SpongeBob SquarePants. Responsible for selling programmes and formats around the world she combined working with on-screen and production talent with business planning and strategy, bridging the divide between creative and financial priorities.

It was working on Comedy Central that saw Cally develop her other life as a standup comedian. Despite joining the circuit after already establishing an impressive corporate career, the move has seen her perform at clubs around the country, front her own show at the Edinburgh Fringe, and appear as a guest on QI and on Radio 4’s The Museum of Curiosity.

Bringing humour and energy to her business insight, Cally considers the nature of the workplace and leadership culture. She looks at how to engender change (both personal and organisational), inspire teams and develop a positive, agile and inclusive environment. She also tackles the working priorities and expectations of the so-called millennial generation, and reveals how to be creative whilst keeping on eye on the bottom line. Her personality, love of performance and business knowledge has also seen her coach and train senior figures from a range of industries.