Tony Meggs began his delivery by commending the Benefits Management SIG on its choice of themes; especially the focus on transformation. 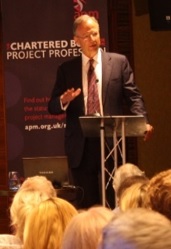 Tony congratulated the APM, which he regards as an important partner, on its achievement of Chartered Status, and emphasised the contribution this would make in professionalising project, programme and portfolio management, including raising the status of the profession within government and in the eyes of external bodies.

As the CEO of the Infrastructure and Projects Authority [IPA], which reports jointly to HM Treasury and the Cabinet Office, Tony is tasked with overseeing and assuring the success of the Government Major Project Portfolio [GMPP]. The IPA operates across all government departments and in four specific sectors; military capability, infrastructure and construction, IT and government transformation and service delivery.

Tony told us that he wanted to focus on three things namely; the challenges faced by government in forecasting benefits, based on what he has seen since joining the IPA, the importance of monitoring and tracking programme performance including benefits, and the need to embrace and understand uncertainty.

In reviewing the GMPP it was evident that, although there were pockets of good practice, there was room for general improvement in Benefits Management. He explained that the IPA now had a good benefits framework for capturing, categorising and measuring benefits in government, including: 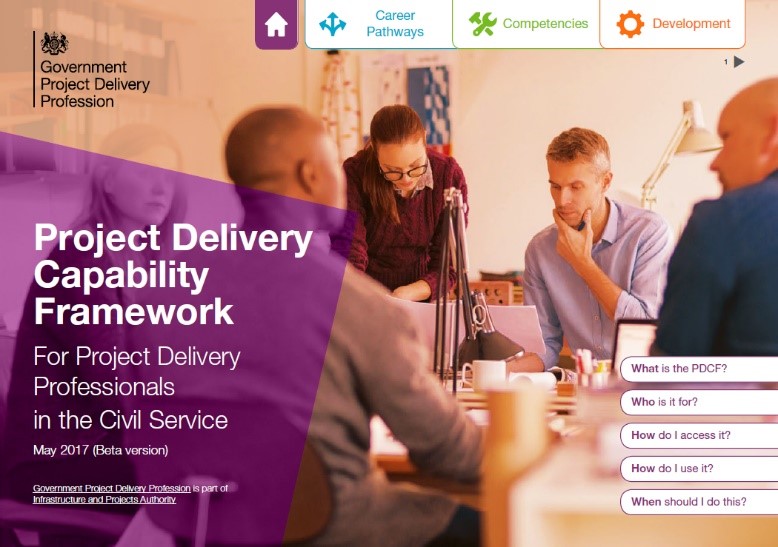 It is widely acknowledged that defining benefits in transformation projects is complex and difficult, and so Tony was proud to herald the new Project Delivery Capability Framework [PDCF]. Based upon the APM competence framework, the PDCF enables organisations to baseline their capabilities and work to fill gaps and develop capability.

The Nature of Government Transformation Programmes

These changes impact many stakeholders, not only through the way the public interacts with government, but also through technological changes that are being brought to bear and are raising people’s expectations.

Tony informed us that there were now 40 transformation programmes in the GMPP. He cited examples from the courts system, which had been transformed to the point where divorce and even probate can now be administered online.

Tony alluded to the uncertain nature of transformation programmes and asked the question whether we could live with the current level of uncertainty.

He cited the universal human condition of optimism bias and how effective benefits management enabled a more realistic assessment of the benefits to be realised.

Tony referred to HM Treasury Green Book as an example of improved support for the quantification and measurement of benefits realisation.  The cost of major programmes was measured in billions of pounds of taxpayers’ money, and the Green Book was instrumental in achieving better benefits forecasts.

Tony suggested that even the best run projects can fail before they start. A key objective of the IPA is to ensure that each project starts out with a realistic benefit forecast, rigorously assessed before public commitments are made. Essential to this success is early engagement with projects to ensure that key project management activities are undertaken up front.

Tony finished his delivery by asserting that the IPA was committed to working with APM, and others, to improve forecasting and delivery of major projects. 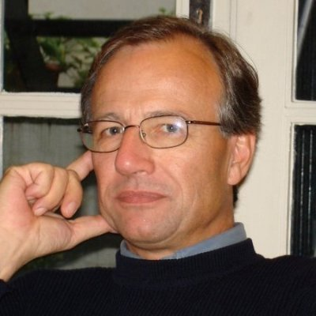 He is a senior executive with significant experience as a functional leader in the private sector and has led collaborations with several businesses and universities. Tony set up the BP project leadership programme that was the inspiration for the Major Projects Leadership Academy. He also co-chaired a major study at Massachusetts Institute of Technology.

The chief executive leads the Infrastructure and Projects Authority which reports jointly to the Chancellor and the Minister for the Cabinet Office.

Back to Benefits Summit 2017 mainpage