Repairing our county in the wake of Storm Desmond

Home to the Lake District National Park with over 16 lakes, Cumbria is used to receiving its fair share of rainfall, but in December 2015 that all changed….. The name ‘Desmond’ will be forever etched on the residents of Cumbria. In 24hrs storm Desmond wreaked havoc across Cumbria releasing over 34cm of rain or 1.15trillion litres – a new highest ever record!

As the rain worked its way down the mountains, the watercourses below struggled to discharge this unprecedented level of water. Storm Desmond turned roads into rivers and towns into lakes; it destroyed historic buildings and assets that had stood the test of time for hundreds of years. Put simply, the county was broken and in a state of emergency.

Cumbria County Councils response was rapid, with the formation of its Infrastructure Recovery Programme it set about repairing over 1200+ individual assets. Hear how the Programme coped with assessing the impact to England’s 3rd largest county; the challenges of establishing an integrated programme team; how the programme became an environment where innovation was standard; how the programme brought it’s delivery partners into the challenge through a shared risk approach to procurement and how behaviours played such a crucial role in gluing the programme together.

Stephen Hall: Stephen is an Assistant Director at Cumbria County Council having held the brief for both the Highways and Transport Service and that of Economy and Environment. Stephen was the senior Council officer responsible for all aspects of the County’s physical infrastructure recovery, and chaired the multi-agency Infrastructure Recovery Group overseeing and co-ordinating the recovery efforts of all partners including utility providers, rail, road and port authorities and nationally strategic infrastructures. As sponsor and SRO for the Programme he set the vision, ensured political support at the highest level, led engagement with communities, negotiated the budget and challenged the team to deliver out of the box solutions.

Stephen has 20 years’ experience in the public sector across local and national government and majors on behavioural and engagement led leadership. He has a diverse professional background having led large operational engineering services, capital programmes, change programme and delivered the opening and closing ceremonies of the Commonwealth Games.

Stephen was part of the strategic incident command team that provided the emergency response to the floods of December 2015. He regards himself as privileged to be one of the few members of that team who then moved directly into the long task of recovery working with communities to build back not just the infrastructure, they rely on but their confidence in the place they live. 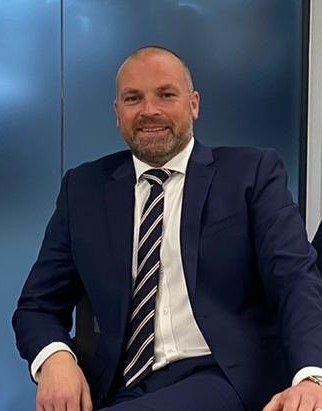 David Brown: David is a Projects and Programme Director at Mott MacDonald and was embedded with Cumbria County Council as their Programme Director leading the four year £123 million 1200+ scheme, Infrastructure Recovery Programme, established in the wake of Storm Desmond. As well as delivering this challenging programme, David has led the team to a number of awards and recognitions from the industry.

David has over 25 years experience in contractor, client and consultant environments creating a unique, balanced and broad perspective on all areas of project and programme delivery.

David majors on building and developing behavioural based high performing teams. His mantra is that “technical skills can be taught relatively quickly, behaviours are deeper rooted and take time to unlock”. David dedicates significant time to ensuring that his high behavioural standard cascades throughout his immediate and extended team.

Ian Rowley: Ian is a Project Principle at Mott MacDonald, and was embedded with Cumbria County Council as the Programme Delivery Manager for the four year £123 million 1200+ scheme, Infrastructure Recovery Programme established in the wake of Storm Desmond. A key element of Ian’s role is the integration and management of the operational team supply chain, ensuring effective stakeholder management to successfully deliver the programme to agreed cost, time and quality criteria.

Ian has over 30 years experience in contractor, client and consultant environments, providing strong leadership and developing effective teams to deliver projects and programmes. He is passionate about developing people’s skills and approach in the construction industry which is reflected in the diversity, strength and commitment of the teams he works with.

Craig Mitchell: Craig is an Associate at Mott MacDonald and was embedded with Cumbria County Council as a Senior Project Manager with principle responsibility for overseeing delivery of a number of major structures and technical interfaces as part of the Cumbria Infrastructure Recovery Programme. Key elements of the role included overseeing the most significant project – Pooley Bridge, a complex ‘first in the UK’ major bridge reconstruction project, as well as leading on the interface with key stakeholders including Environment Agency and Technical Approvals Authorities.

Previous presentations and webinars can be viewed on the APM YouTube Channels.