Further details on their nominations can be found on the attached document.

The 11th Alan Webb Memorial Lecture - Standards, how standard are they?

Planning: The bedrock of project management 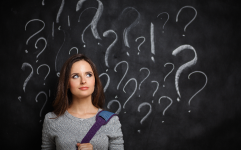 Next steps after school: employability should be top priority

How to audit for success webinar

Share
Posted on 19th Jun 2018
Comments on this site are moderated. Please allow up to 24 hours for your comment to be published on this site. Thank you for adding your comment.
{{comments.length}}CommentComments