PRINCE2 is claimed by many as the de facto global standard for project management methodologies though this claim is in hot dispute. The UK Governments Programme and Project Management Council argues that the standardisation of best practice models within the public sector will ensure value for money alongside improving understanding and ease of working on cross government projects. They also argue that PRINCE2, along with other best practice models, should be used in order to avoid duplication of design efforts and associated costs.

The Centre for Project Management Practice (CPMP) hosted a debate on the most disputed topic in current project management research and practice today, To PRINCE2 or not to PRINCE2. Andy Murray (Lead author of PRINCE2 representing the OGC) and Harvey Maylor (Director of International Centre for Programme Management at Cranfield University) went head to head on their views on PRINCE2 and left it to the audience to make up their minds by voting at the end of the session. Organisations such as the Office of Government Commerce (OGC), who own and promote PRINCE2, and also HSBC, RBS Insurance, Turner & Townsend, West Midlands Police and many more were amongst the sixty delegates that attended the session held on 3rd June 2009 at Aston Business School.

In response to the question to PRINCE2 or not to PRINCE2, Andy Murray argued that PRINCE2 was ubiquitous, scaleable, it provides governance and can communicate. If you need a methodology, PRINCE2 is your answer. Harvey Maylor expressed the need for having evidence as to how PRINCE2 helps people manage projects, is PRINCE2 really solving the problem?
The debate discovered that although project management is crucial in order to help businesses innovate, organisations need to be certain if PRINCE2 will give the most benefit to their business.
Visit www.aston.ac.uk/cpmp for more information 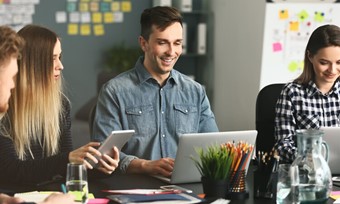