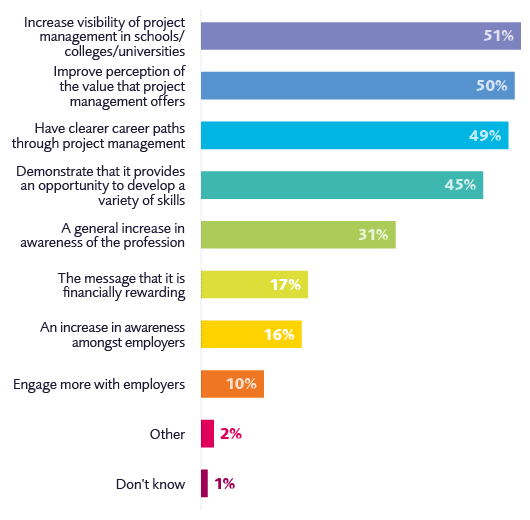 Several approaches to encouraging new talent into the profession were backed, with increasing the visibility in educational institutions the most popular (51 per cent). This was closely followed by improving the perception of the value project management offers, which half of respondents thought would help, and having clearer career paths (49 per cent).

Organisations play an important role in offering a route into the profession and support many of the key initiatives, even though fewer thought that greater engagement and increasing awareness among employers were a priority.