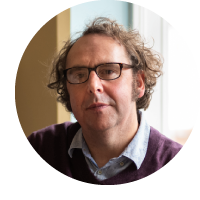 John has a passion for project management as method forming and delivering strategic intent and purpose. He set up the Front End Factory – a rapid, innovative and collaborative method of analysing which investments best meet the company strategy and driving Design to Value. This was described as “Industry Best Practice” by McKinsey 2015. With a broad knowledge of techniques to industrialise construction; he led the development and testing of the first secondary pharmaceutical componentised solution – “Factory in a Box” which was test-built in Kent in 2015 and was delivered as an operational facility in 2017, featured in the UK Government Farmer Report. John became VP, Head of Capital Strategy and Design for GSK and actively involved in Build Off-Site, Constructive Collaboration and inputs into government and industry working parties.

John is now Professor of Human Enterprise at the University of Birmingham while also working independently and closely with Industry. He focuses on key infrastructure projects while advancing approaches in collaboration, design-to-value, strategic project management, and systemised construction.

Being, a practicing psychotherapeutic counsellor he is particularly interested in how people come together in purposeful collaborations which both deliver the greatest value to clients and society while improving mental health and well-being.

There is a dilemma in the world of project management. We have comprehensive bodies of knowledge and more trained project staff than ever before... whilst also having significant dissatisfaction in the overall performance of projects In this presentation John & Ian will take a contrarian view on several of the common project conventions, and ask whether the performance of projects might be improved by thinking differently and doing differently

• There is a growing emphasis of the role of the sponsor (or SRO in the UK government), particularly in the early stages of a project.  Is this a critical success factor, or a cop-out by project managers?

• Defining responsibilities and clarifying accountability is another commonly accepted critical success factor on projects.  Is the use of the RACI chart helping, or making things worse?

• Are milestones actually millstones?  Management by milestones - meeting your commitments - lies at the heart of many project control methods.  But might this be one of the main reasons why projects take longer and cost more than they should do?

• Should we be using the methods of procurement that are great for buying a car or a house, when we are putting together a team to deliver complex projects?

These and other questions will be discussed during the presentation.  John and Ian suggest some answers, and share a few case studies that demonstrate how convention might not be right after all.