APM Women in Project Management SIG and the University of Cambridge Information Services are proud to partner to celebrate International Women’s Day (IWD) 2020.

IWD celebrates the social, economic, cultural and political achievements of women, while also making a call to action for accelerating gender equality. Together, we can make change happen.

With our diverse set of speakers, this event is aimed at all professionals not just project management, and we certainly hope to see lots of men there as well as women.

How will you help forge a gender equal world?
Celebrate women's achievement. Raise awareness against bias. Take action for equality. Together, let’s all be #EachForEqual

Mateja is a Professor of Artificial Intelligence at the Department of Computer Science and Technology of the University of Cambridge, UK. She is developing AI techniques for human-like computing, she computationally models how people solve problems to enable machines to reason in a similar way to humans. She is essentially trying to humanise computer thinking. She applies this AI technology to medical data to advance personalised cancer medicine, and to education to personalise tutoring systems.

Mateja is passionate about bringing science closer to the public and engages frequently with the media and public science events. Her active support of women scientists was recognised by the Royal Society which awarded her the Athena Prize. Mateja has been advising the UK government on policy direction in relation to the impact of AI on society. 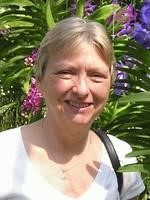 She was elected to the Chair of Mathematical Physics 1967 in 2013. Prior to her arrival in Cambridge she did her PhD in Particle Physics in Bristol, and went on to postdoctoral positions at Durham, Imperial College, CERN Geneva and briefly at the Institute of Advance Study, Princeton. She was the first women to hold a position in the CERN Theory Division.

She started the Women in Damtp initiative in the very early 90's, co-writing a report. She was the University Gender Equality Champion for STEMM between 2013-2017.
She now Chairs the London Mathematical Society Good Practise Scheme Committee and is a member of the LMS Women in Mathematics committee.

Her research now is in particle cosmology. She co-founded the UK Cosmology workshops with the late Tom Kibble. These workshops have been running for nearly 30 years.

In 2019 she won the Institute of Physics Richard Glazebrook Medal and Prize for her Leadership in Physics. The citation reads 'for her outstanding support and leadership in physics, particularly for women and those from non-traditional backgrounds, for her leadership of the UK particle cosmology community and her gender championship roles.' 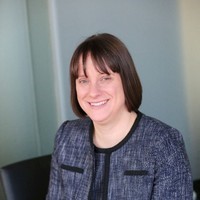 Ruth is a partner and leads EY’s Cambridge Audit practise. She has over 19 years’ experience working with public, private and private equity backed businesses across a wide range of industries.

An alumni of the University of Cambridge, having gained an MEng in Chemical Engineering, Ruth began her career at Anddersen and joined EY just over 10 years ago. Most recently, she spent five years working at EY in Belfast, leading the creation of a new Audit Centre of Excellence, increasing its capabilities and headcount to 60 audit professionals. The centre is fast growth part of EY’s business centralising certain types of audit work.

Following her move back to Cambridge in September 2019, her role as a partner and head of Audit in Cambridge encompasses leading a team of nearly 90 people with a focus on delivering high quality audit services to clients across the East of England and nationally. She has a wealth of experience leading global audit teams within business in the technology, pharmaceutical, manufacturing and retail sectors.

Ruth is passionate about supporting other women to progress their careers within professional services. 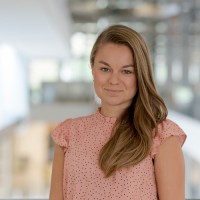 ntonia is a social science researcher focusing on gender equality and diversity. Specifically, she conducted her doctoral research on men’s support for gender equality at the University of Exeter. Her paper on the Support for Gender Equality among Men Scale was published in the European Journal of Social Psychology.

Next to her research, Antonia has been involved in various applied gender equality projects. For instance, she is part of the London-based gender think-tank consultancy GenPol, she has worked for the Equal Opportunities office at the European Council, and she is founder and author of the award-winning website Equilibrium.

Previous presentations and webinars can be viewed on the APM Slideshare and YouTube channels.