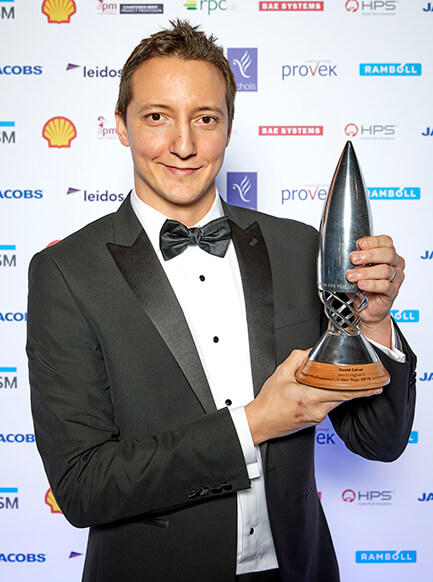 Project Professional of the Year 2019

Despite two emergency spinal surgeries, David Calver was able to deliver a sweeping technology upgrade to his client.

When David Calver, project manager at consultancy North Highland, took on the project to upgrade the IT and AV solutions at chip designer ARM’s headquarters, he had no idea that he’d be delivering much of it lying down. During the project, he was taken ill and had to undergo two spinal surgeries while delivering the project.

“My first bout of spinal surgery was very unexpected and was emergency operated,” he says. “I was supported by North Highland 100 per cent all the way throughout my recovery. They provided me the opportunity to take time, recover and rest. When the second bout came along – equally as unexpected – I found myself itching to get back to the project that I had missed out on.”

This meant finding new and innovative ways of staying connected to the project, managing it while he recovered from home. It was no mean feat: the project involved a sweeping overhaul of ARM’s digital infrastructure, from its conference booking systems to its IT support. It was part of a larger, £64m expansion programme taking place at the headquarters.

To complete all of the work, the project required an element of construction work and software implementation, which took careful management to get right. Calver had to do a lot of it from his bed. “It was ridiculously frustrating. Not just frustrating, but heartbreaking and disappointing.”

He describes how his team would go on floor walks around the site – Calver would join them via a 360-degree camera, lying on his back, with his laptop in a specialist screen holder. He could only see what the camera saw.

I couldn’t tilt my head in a certain direction or touch anything – open that box, see what's in there. I had to ask a very competent and very patient team to do things for me.

No matter the challenges, the tools that Calver adopted proved to be a lifeline. He used Skype for Business, and eventually Microsoft Teams, to keep in contact with the team and in touch with the project’s progress. Calver and the team shared documents on a cloud hub and used text messages and phones calls when things needed to be discussed.

The water ingress issue came around the same time as ARM’s acquisition by Softbank part of the way through the project. Softbank unveiled plans to almost double headcount globally, which along with the water ingress in the new buildings on the site, started to impact on Calver’s project and put pressure on the existing offices. Thinking on their feet, the team focused their efforts on the infrastructure on the existing buildings to ensure that certain benefits weren’t delivered too late.

“The Tech Hub [IT support centre] was going to be housed in the new building, but ARM could not afford to wait for that benefit to be delivered,” Calver explains. “I therefore came up with the idea of using the space leading into the Atrium of one of the existing buildings and this has turned out to be a huge success, as it is easily accessible.”

The overall programme was also lacking in governance, which meant that each project was operating in silos. Calver took it upon himself to create a repository for RAID items that all teams could access, with a dashboard to help track them. He then reviewed everything regularly with the programme manager at ARM.

Calver had put time into his own project’s governance to make sure it was very strong. This again helped smooth out the edges when Calver had to work remotely. “I was able to easily capture and identify documents and put them in the right place within the cloud hubs and know that my team would go to that space.” 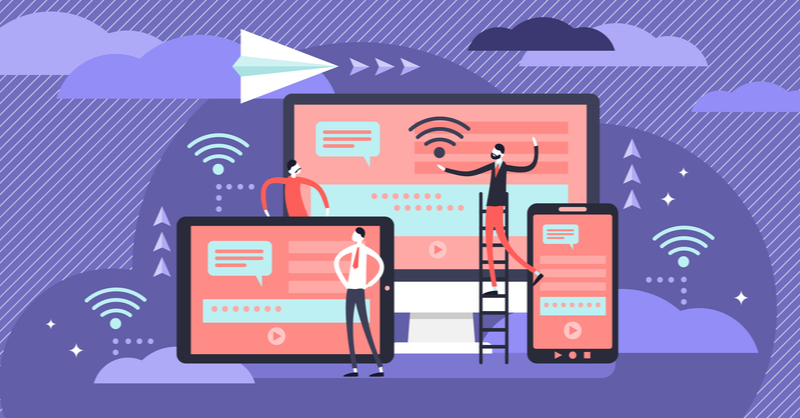 While the construction elements of the project meant that the overall programme and project had to fit into a linear, PRINCE2 framework, Calver wanted his team to be iterative. He combined elements of agile and waterfall to manage his project, which helped ease the management of the project after Calver had his surgeries.

“Allowing my team to incorporate agile ways of working meant that we became better connected,” he says. “We could engross ourselves, our daily stand-ups and retrospectives and sprint reviews and so forth and make sure the project was not only on track but that we weren't losing touch and we were able to communicate.”

When it came to deciding what from waterfall and what from agile to incorporate into the management of the project, Calver says it was relatively straightforward. The linear elements were primarily dictated by the project stakeholders, and Calver and his team decided together what iterative elements they wanted to incorporate.

“We decided that we wanted actually to do daily sprints to do reviews and retrospectives to ensure that at the end of the month or at the end of the period, we were ensuring that we were bolstered up and shored up. What we weren't able to take were things like, running everything in a sprint. We couldn't say: ‘for this sprint, we're going to deliver X’ because we're very, very dependent upon other influences and external forces.”

Despite the unique challenges faced by Calver and his team, the project delivered a huge number of benefits to ARM. This included an AV suite, featuring a Skype integrated system that was easier and quicker to use than the old system (when it often took seven minutes or more to get onto a conference call).

The team digitised the room-booking system, incorporating touch screens by every meeting room to allow staff to check its availability and book it instantly. They installed 14 digital screens to deliver important and up-to-date company communications. Universal desktop hubs, each with docking stations, two screens and a connected mouse, allowed employees to move around the business and come together to collaborate easily.

“My project faced adversity on numerous accounts, both physical and within the team. Throughout every one of those challenges, it could have been easy to fall apart and lose yourself. Whereas I found it was much better to lean back on the governance that I'd already set up. You need to be able to lean on a team that you are able to trust to get you through the difficult times – and reward them and that same process when the good times show up again.”