For a city to become smart, it takes a combination of technologies and disciplines, seamlessly integrated, with an understanding of how a huge number of customers – the population of your city – with interact with it. In the UK, several cities are racing to become the nation’s smartest city, from London to Manchester to the country’s current leader, Bristol.

Against those larger cities, Hull might seem like the underdog, but it’s been making considerable in-roads over the past 12 months or so. In May last year, it was awarded £55,000 for smart solutions to reduce traffic congestion. Later in the year, it started a more ambitious project – to create a purpose-built, smart operating system (OS) for the city.

The project, Smart City OS is being delivered by Hull City Council, technology company Connexin and Cisco. Connexin has been working with cities such as Newcastle Upon Tyne to deliver smart city technologies, impacting on everything from lighting, mobility, security and waste.

“Developing Hull as a Smart City will give us the opportunity to work with public and private sector partners to deliver real benefits to communities, businesses and visitors to Hull,” says Councillor Daren Hale, Deputy Leader of Hull City Council. 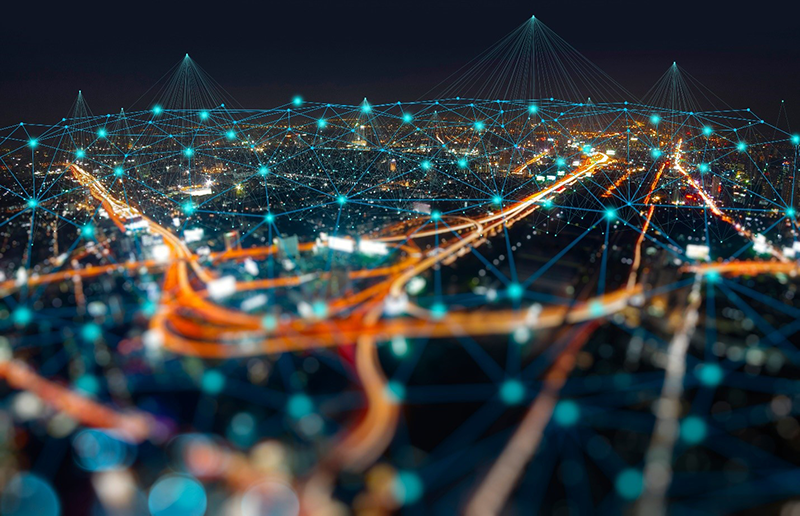 Hull has been quietly upgrading itself over the past five years. Its small size – with a population of around 260,000 – has allowed it to make changes at a comparatively quick pace. This has allowed Hull to become the UK’s first full-fibre city – it has the fastest broadband of anywhere in the UK, according to broadband choices.

Hull City Council had already worked with Connexin on a long-range wide area network (LoRaWAN), allowing for better business connectivity and the facility of Internet of Things devices. Creating its own OS seemed the next logical step.

The aim of the project is to increase and enhance data sharing and decision-making, allowing the Council to deliver more effective services across the board, from traffic management to health and social care.

“The system pulls together information that currently sits within separate council computer systems to enable city-wide management of the city’s public assets in real-time using state-of-the-art technology, says Hale. “Residents will receive better information to make choices about transport, traffic and parking. But this will be just the beginning of what is possible.”

Over the course of the project, it will drive new demand for a digitally skilled workforce, which will then boost Hull’s economy. The Council is investing in skills for its young people as a result.

The OS uses Connexin tech, built on Cisco Kinetic for Cities platform. It will pull together 12 separate council IT systems. Each system will process data from a variety of sources, including city-wide sensors and Internet of Things devices. This data can be used to help facilitate various services. Connexin, with its experience in implementing smart city solutions, is taking a five-step process to the installation.

The first step is infrastructure: having the right level of area-wide connectivity to be able to deliver smart city services. This is a combination of high-speed fibre networks and LoRaWAN networks. Hull had a head start in this area – local telecoms company KCOM had invested £85m in the city’s full-fibre network, and Connexin’s LoRaWAN was already in place.

Second is the installation of sensors across the city, to collect real-time data. This is where the 12 systems come in. Connexin’s Smart Bins is one of them. The others include the Siemens Stratos platform for traffic management; the Bartec Auto ID system for managing waste; and the Datek streetlighting system.

Stage three is the implementation of the platform and bringing all of the systems onto the OS. This is expected to take around a year. This allows for stage four – gathering insights. Stage five is about determining outcomes based on those insights.

“Our platform will enable Hull to become a “programmable city” and move from outdated siloed service driven technologies to a central platform to improve service delivery, reduce costs and to make the most of new technologies such as IoT, AI and machine learning algorithms,” says Furqan Alamgir, Founder and CEO of Connexin.

Engaging the public and managing stakeholders

While the data will be used by Hull City Council to improve its services across the board, the aim is to provide insights to businesses and the public too. As the systems are integrated with the OS, they will be exposed to Hull’s business and private residents. This, it is hoped, will encourage start-ups to create new technologies that the city can then pull into its Smart City OS.

“For us, it is not just about smart cities,” says Mike Kenworthy, assistant director of digital and ICT for Hull City Council, who is managing the project. “We are looking at utilising IoT and data – that we potentially collect from other sources as well – to find innovative approaches to any problem.”

One of the biggest challenges for the project is managing the stakeholders, who are spread across various departments within the council, plus other organisations such as Humberside Fire and Rescue Service, and the University of Hull.

Hull City Council is taking a ‘one council’ approach to managing it all. People see the council as ‘the council’ not as a series of separate services. Constant engagement with stakeholders across all service sectors is crucial.

Due to its size, strong digital infrastructure, and lessons learned from other smart city projects, Hull City Council has been able to skip the pilot phase and roll out Smart City OS across the city. This could potentially cause Hull to leap up the UK smart city league tables.

Hale and Kenworthy are confident that it will bring considerable economic benefits to the region, making the city particularly attractive to tech firms. While the council has a lofty ambition to make Hull the world’s smartest city, the objective is primarily to benefit the people of the city. “We do not want to be a smart city because it is cool,” says Kenworthy. “We have to be sure that what we are doing is for the benefit of the city.”

Five of the UK’s most exciting smart city projects

South Korea lays out the blueprint for smart city projects  🔒