Road to Chartered series 7: Building influence as a chartered body 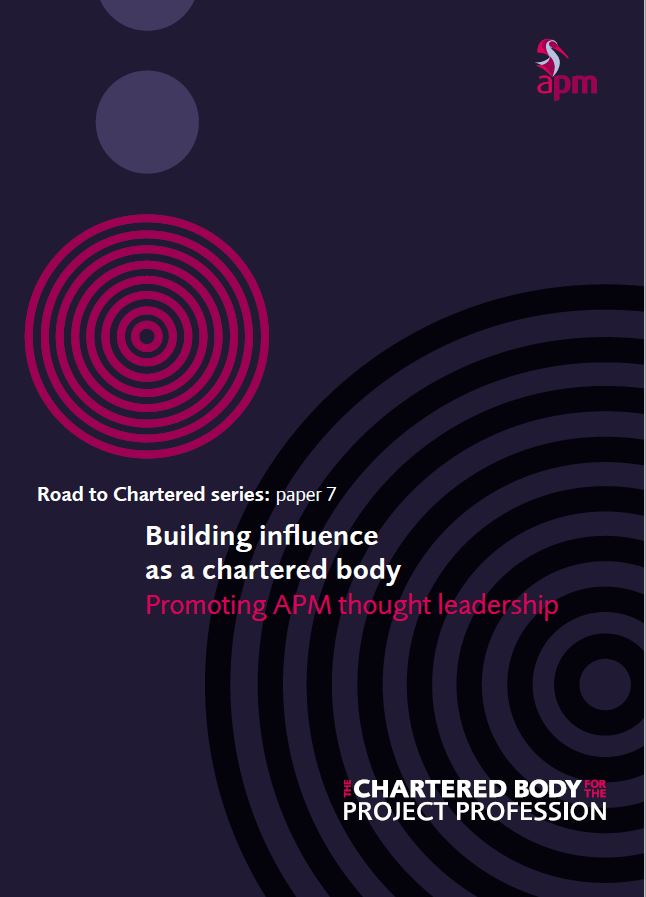 A key part of the development of the profession of project management, as it evolves to Chartered status, is the need to build research and thought leadership capability.

The seventh paper in APM’s “Road to Chartered Series”  looks at how the APM research programme and wider thought leadership activity is helping to support the development of a Chartered profession.

Supporting and commissioning thought leadership, debate and research has long been an integral part of the mission of chartered bodies. Thought leadership within and between the profession and the wider public has long been central to the purpose of chartered bodies’ public interest obligations. Many of the more established bodies have this entrenched in their charters, albeit in the florid and often archaic language of the charters.

In APM’s own Royal Charter, awarded in 2016, it is explicitly mentioned in Power 4 and throughout: (iv) “To promote research and to provide advice”.

One of the core features of a professional body is its learned society function. Before the recent achievement of chartered status, APM was investing in developing this through thought leadership and research. For example, in 2016, APM became a member of the Academy of Social Sciences. This seeks to fulfil APM’s Charter objects in order to achieve its mission by:

- influencing and shaping discussions and debate to help APM’s recognition as the voice of the profession regardless of the scale or scope of projects, programmes or portfolios through a broad thought-leadership programme and engaging APM members in discussions, events, publications, research and other outputs;

- developing relationships with a variety of outside interests, such as other professional bodies and membership organisations; government departments, ministers and public bodies; parliament, the political community and think tanks; academics and educational institutions and their representative bodies;

- commissioning and promoting primary and secondary research. This will help build further the links with the academic project management community; and

- helping to improve the linkages and dialogue between theory and practice

A systems-based approach can improve outsourcing in government projects

A model for applying responsible project management: the doughnut