From Camp Bastion to Heathrow Airport, Shane Cooney’s career has taken him to some of the world’s most challenging project environments, as he tells Charles Orton-Jones. 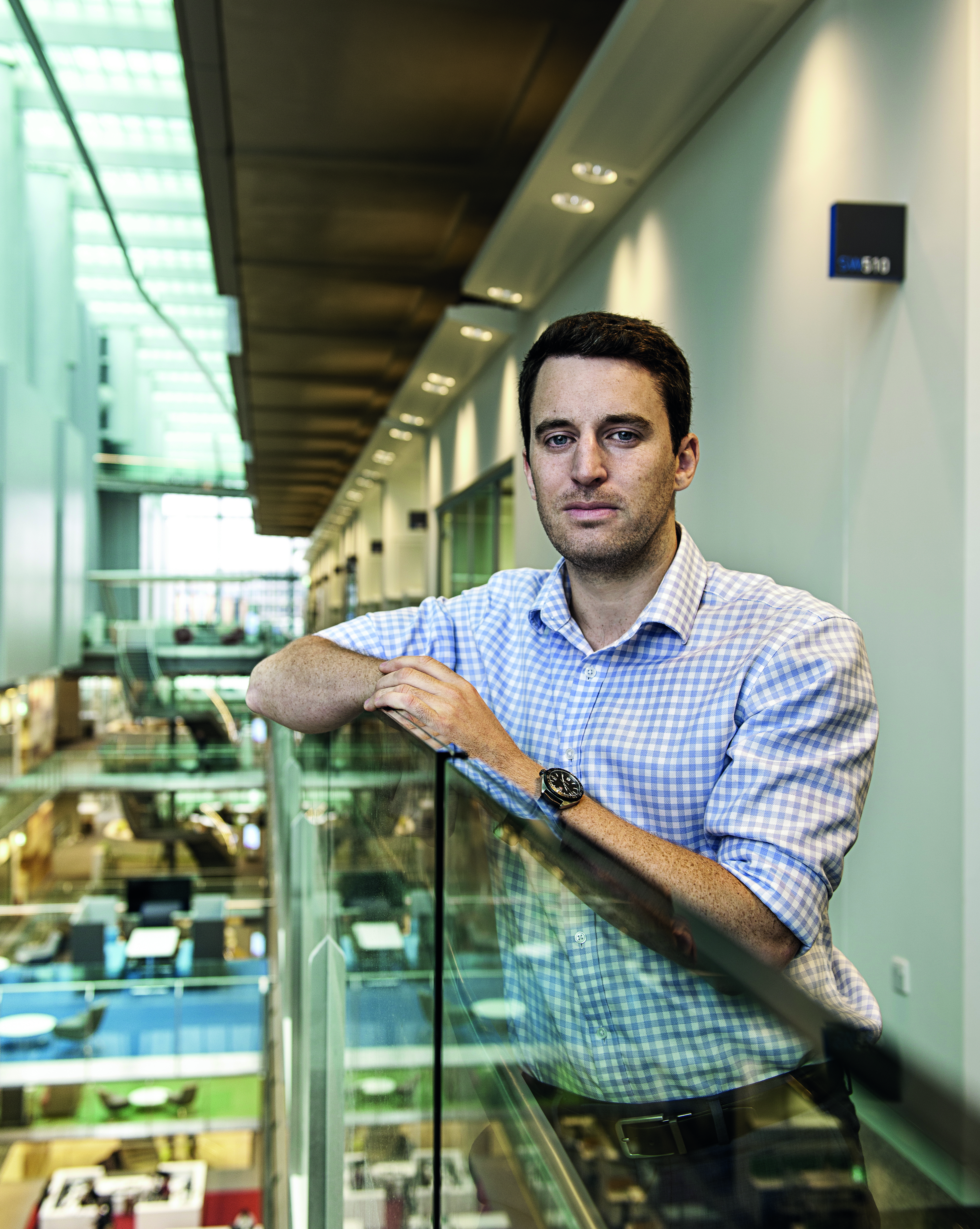 It’s your first posting in your career. Of course you want to go somewhere exciting, somewhere challenging. But Afghanistan? At a time when coalition forces are struggling to maintain the front line against the Taliban, and Kabul lives under the grisly prospect of suicide bombers? Many of us might have politely asked to hear the alternatives. But for Shane Cooney it was the perfect chance to show what he could do.

“It was the ultimate baptism of fire,” recalls the 31-year-old Dubliner. “Yes, it was dangerous – I was nervous. And I don’t come from a military background, so it was a totally new experience for me. But the steep learning curve is what motivated me and at the end of the day it was just another challenge, so you just put your head down and get on with it.”

Cooney had completed a degree in construction technology at the Dublin Institute of Technology (DIT), before moving to Edinburgh to complete a degree in project management at Heriot-Watt. “Most of my friends from DIT went the quantity surveying route,” says Cooney, “but I’d always been organising stuff for friends, always in the middle of it, so the natural route was into project management.”

He landed a job with KBR in Leatherhead, who took a quick look at the lad and decided the best place for him was Camp Bastion in the ‘Stan. “It was all kicking off,” he recalls. “One of my projects was to support NATO forces at the Kandahar airport, which at the time was the busiest single runway in the world.”

Despite being the new kid, Cooney was sent over on two-week missions at a time as a commercial manager. “It involved everything from responding to client change requests to handling disputes and contract conflicts,” says Cooney. The job also encompassed supplying services to the embassy in Kabul and to Kandahar airport: “We were responsible for managing the airport from a hard facilities management perspective. Making sure the runway was in a good condition and providing cargo movements.”

Another aspect of his role was to provide infrastructure support to NATO – one job was leading a 10-person multi-skilled team to conduct a due diligence inspection of over 150 buildings in Kandahar. Later, the role incorporated the provision of soft services to the British Embassy in Baghdad.

Meeting a challenge head on

Talking to Cooney it’s not hard to see why he made such a success of the posting. He instinctively frames difficulties as opportunities. For example, negotiating with the Army is often regarded as a tough gig. Cooney admits it pushed him, but saw it as a way to hone his talents of persuasion. “I learned a lot working with the military,” he says. “It’s really important to convey the advantages of the proposals and to develop a solution which meets the client’s objectives while ensuring it is still commercially viable for our business.”

His attitude must have helped. The Royal Marines talk about “The Commando Spirit” comprised of four elements: courage, determination, unselfishness, and cheerfulness in the face of adversity. Cooney’s obviously got the last of these in spades. He’s a high energy, high enthusiasm character who laughs a lot when he speaks. In a warzone these qualities are more than a plus – they are compulsory.

His upbringing must have helped. Throughout his formative years Cooney was on construction sites, seeing great projects take shape. “My father is a builder,” he says. “So from a really young age, I was on construction sites soaking up the atmosphere, approaches and behaviours, and I was also fortunate to do work experience one summer with Ferrovial Agroman.” Indeed when you have to get the confidence of army majors about issues like runways, it certainly helps to feel at home on a construction site.

Fast risers often ensure their career encompasses many different facets of project management, and Cooney is a prime example. After Afghanistan he worked with the Metropolitan Police on procurement support, developing tender documentation and evaluation to award of a procurement. His comrades this time were lawyers and commercial accountants. “I learned that surrounding yourself with specialists is vital when procuring at the scale,” he remarks.

Then he made the move in December 2014 to engineering giant Arup, and to Heathrow Airport. “It was a project management role, encompassing design co-ordination, working with different disciplines. We’d receive a brief saying ‘This is what we want’, and my role was to get heads together to develop a solution to meet that brief.” The scale of Heathrow generates serious difficulties for project professionals. “Heathrow is massive,” says Cooney. “It means lots of different conversations with multiple stakeholders, and considering many layers of details.”

Right now, Cooney is an Arup adaptations project manager at the Francis Crick Institute, a £650m new biomedical research centre near King’s Cross station in London. With 1,500 staff, including 1,250 scientists, it’s a world-class facility. Cooney’s role is to work with scientists and construction teams to fine tune the facility – works scale from minor alterations to laboratories to redesign of areas.  “Progressing all levels of adaptations work in a live area where scientific research is underway is the real challenge so good communication and stakeholder engagement is pivotal to success.”

So does our Rising Star have any tips for other project managers ? Cooney throws up a long list: keep learning, find great mentors, and be the sort of person who focuses on detail. He also suggests that when things go wrong, admit the errors as soon as possible.

He owns up to one mistake early in his career, regarding a proposal, which he under-estimated. “I put my hands up, came clean, and looked for support to fix it. A lot of people try to cover up mistakes, or push responsibility and fault, but I firmly believe we need to be accountable and responsible for our decisions and actions and I find people appreciate this approach.”

His positive mindset and easy-going chat aren’t accidents, either. “A former colleague and mentor called David Chisholm used to say, ‘Keep smiling’. It sounds basic but this simple saying is powerful in the sense that we need to enjoy what we do and if we do then generally we tend to perform better. A smile is infectious.”

So what’s next for our Rising Star? “I think it's important to always keep finding new challenges,” says Cooney. “If something seems tough then it's probably worth doing. That's what I'll be doing, searching for new experiences so I can keep growing and learning.” Definitely sound advice for us all.