The history of the Association for Project Management begins half a century ago with a group of people who wanted to start something new; building a community from sheer non-existence to the size and influence which we have today. From name changes and meetings under stairs to the Royal Charter and sold-out awards ceremonies, APM has a vibrant history centered around project professionals, our members and volunteers. Below we take a look back at some of the defining milestones that have made APM what it is. 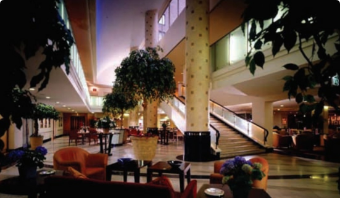 In 1972 the first executive meeting took place under the stairs in the lobby of the Sheraton Stockholm Hotel. INTERNET brought together those interested in using critical path or network analysis to project planning (and it later became the International Project Management Association). During their meeting in Stockholm seven pioneers came together to officially form, promote and expand the UK chapter of INTERNET, which later became APM. 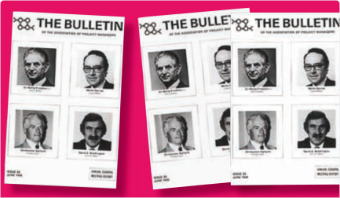 Publishing activities began in 1975 with the first issue of APM’s newsletter known as The Bulletin. It later evolved into The Project Manager and now Project. They expanded to include technical papers as well as information about the organisation, keeping members up to date with the latest news. Now Project boasts articles, features and interviews from leading project professionals and major projects around the world. 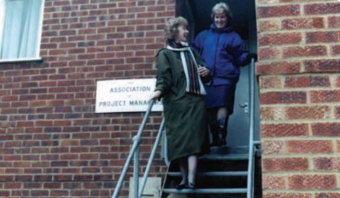 As members grew and activity increased, there were lots of demands, papers and publications which became an issue for Doreen Bevan, the first employee and secretariat of APM. Students, members and visitors were interested to see the journals and papers that had been collected over the years so it was decided that the time had come for the Association to have its own office on Westborne Road, High Wycombe. 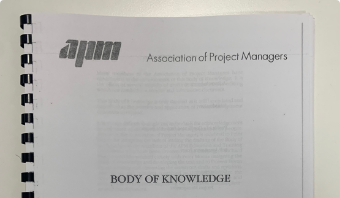 Project management continued to evolve and we took the lead in establishing professionalism with qualifications and distinct areas of knowledge. Peter Morris, Tim Carter and Richard Pharro set about to write the APM Body of Knowledge as a guide in which people could be examined and certified against; aimed at project professionals in any sector. The flagship publication is continually revised reflecting the development of the project profession and is now in its 7th edition which was published in 2019. 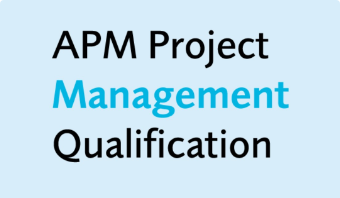 It was vital to launch a structured and entry level examination that would allow people to receive a qualification in project management in a simple way. In 1996 the APMP was launched – a multiple-choice exam based on the APM Body of Knowledge. It was popular, with lots of take up from corporate members and became a benchmark for qualifications around the world. Now we have a range of new rigorous qualifications available for various stages of a project professionals career. 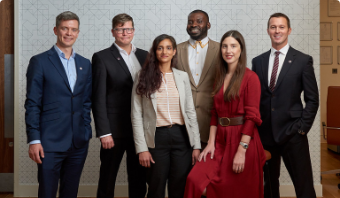 As the new millennium approached, we were reaching more members than ever before, gaining popularity through the APM Body of Knowledge and APMP qualification. The magazine, meetings, annual conference and more also offered project professionals the opportunity to connect as APM was the only formalised body for project management. It wasn’t long before we reached 10,000 members and became what is still believed to be one of the fastest growing professional bodies ever. 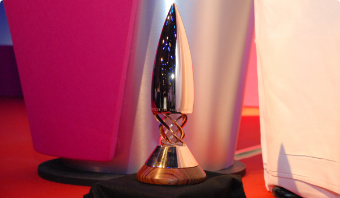 The new century saw fresh changes and APM continued its upward path. What started as a low-key presentation with two awards for project and project manager of the year, developed into something massive. In 2004 the APM Project Management Awards took place – an expertly staged, glamourous dinner with a celebrity host in a stunning London venue with several awards that celebrate the success of project professionals. Our latest awards took place in November 2021. 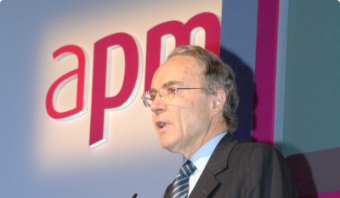 APM was gaining significant popularity, with membership growing and hundreds of events taking place for project professionals. In October 2007, the inaugural APM Project Management Conference took place featuring high profile speakers and networking opportunities. Since then, the APM conference has continued to attract project professionals from a wealth of sectors to meet and continue their professional development, whether that be online or face to face. 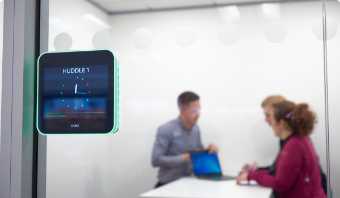 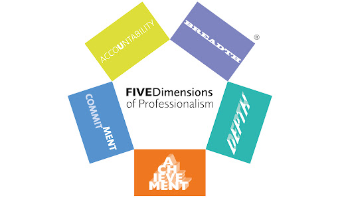 With great growth came great responsibility, and as membership and recognition grew, it became even more important to represent and support professional values. The APM FIVE Dimensions of Professionalism was established; a framework that develops project professionals. The dimensions are: Breadth (with the Body of Knowledge underpinning project standards), Depth (with the Competence Framework guiding and progressing skills), Achievement (with qualifications across the profession), Commitment (to CPD and developing project practice) and Accountability (with the APM Code of Conduct that sets professionals apart). 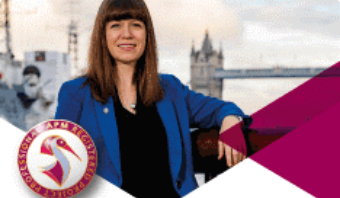 The launch of APM Registered Project Professional (RPP) was another feather in our cap to establishing the project profession and push APM to greater heights. It built on already developed ideas from the five dimensions of professionalism, including a track record of achievement, knowledge and competence, professional development and a code of professional conduct. RPP combined all these professional values and wasn’t a traditional qualification but a standard that recognised competent project professionals who were qualified and experienced. RPP evolved to a 2nd edition before applications came to a close in 2018. 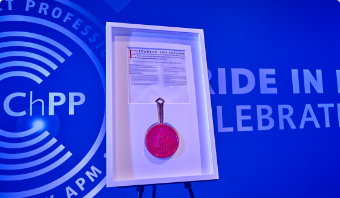 Work began as early as 2007 to understand the process involved to gain the Royal Charter and helped APM become the modern and effective organisation it is. We received 50 letters of support, the most ever received by the Privy Council in the history of Chartered status at the time, from government departments, academia, blue chip companies and other professional bodies with an interest in project management. It marked a significant achievement in the evolution of project management, providing recognition for the profession, reward for the association and opportunity for those who practice its disciplines. 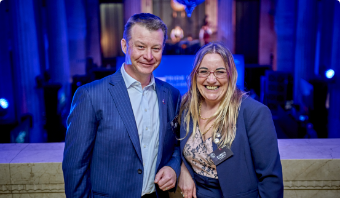 Since gaining the Royal Charter, APM were keen to launch a chartered register that showcased the highest standard possible in project management and excellence from project professionals. In 2018, the Chartered Project Professional (ChPP) register was opened for applicants. It is the benchmark for project professionals that is as rigorous as it is rewarding so professionals in project management can get the recognition they deserve. To date, there are over 2,000 Chartered Project Professionals in the world and you could be the next one. 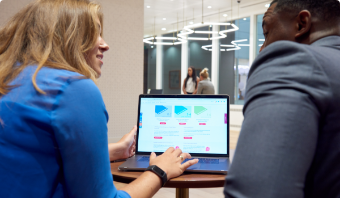 As the world moved further into a digital space APM wanted to offer further options to project professionals and we began to move our qualifications online. The COVID-19 pandemic added welcome pressure as lockdowns and social distancing meant paper-based exams in traditional examination centres came to a rapid stop. This pushed us to accelerate the roll out of our online qualification platform ensuring project professionals could continue to develop themselves through qualifications remotely, wherever they are in the world at a time that suits them. 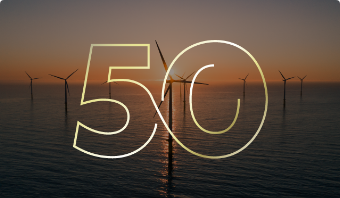 This year we celebrate another milestone, our 50th anniversary. What started with 78 members in 1972 has exploded to become the only chartered membership organisation representing the project profession in the world. We are now miles ahead of where we thought we could be, standing the test of time with the support from our volunteers and members, new and those returning. As we reach 50 years, we’re looking back so we can build the profile of project management whilst championing professionals to deliver better.

For more details on the history of APM you can read A History of the Association for Project Management.