Do classics exist in megaproject management? 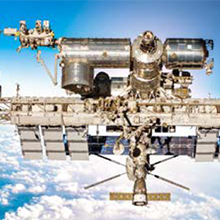 The paper comes from an invitation to Bent Flyvbjerg from a book publisher to edit a volume provisionally called Classics in Megaproject Planning and Management, which had the purpose of identifying and publishing the classic texts in the field. The author set out to gather potential articles for thebook and, in doing so, discover whether classic texts actually exist in project management.

In addition to his own identification of potential articles for the book, Flyvbjerg conducted a survey of experts in the field, inviting 114 scholars, academics, researchers and consultants to submit their Top 10 most important and influential journal articles in the field of megaproject planning and management. Respondents were asked to identify the ‘classics’ in the field, as well as book chapters containing seminal work. These were ranked in order of citations.

With a response rate of 44 per cent, the authors received 172 dfiferent proposed ‘classics’, which resulted in the Top 10 list of classics in megaproject planning and management below:

However, the authors state that this list should “be taken with a pinch of salt” as there was little agreement among the respondents regarding what should be considered a classic. It
was expected that works by Albert Hirschman, Peter Hall and Peter Morris to be identified as unequivocal classics by a majority of respondents, but this was not so.

The bibliometric study found that it takes 20 years or more after initial publication for a text to have the surge in citations that’s characteristic of a classic. It also found that the most cited texts in megaproject management are too young to have gone through the full cycle of a classic text, including the surge.

Given the results of their survey, Flyvbjerg and his publisher decided to change the title of the planned book from Classics in Megaproject Planning and Management to Planning and
Managing Megaprojects: Essential Readings.

The author concluded that people management is one area in which project managers need to make big improvements. Skills on their own, including their applications, do not make an effective people project manager, and specific behaviours for each skill need to be applied by project managers to make these skills truly effective.

The authors identify three types of classics: conventional, Kuhnian and citation, and find that the answer to the paper’s title depends on the definition of ‘classic’ employed:

The importance of classics seems to be accepted, however, just as work to develop,
discuss and consolidate classics is essential by megaproject scholars. Going forward, the authors suggest the following tasks to stimulate and improve scholarship in megaproject
management:

The McKinsey Global Institute estimates global infrastructure spending at USD3.4 trillion per year between 2013 and 2030, or approximately four per cent of total global gross domestic product, mainly delivered as large-scale projects. If the many other fields where megaprojects are a main delivery model are included – oil and gas, mining, mineral processing plants, aerospace, defense, IT, supply chains, mega events, etc. – then a conservative estimate for the global megaproject market is USD6–9 trillion per year, or approximately eight per cent of total global gross domestic product.

Given this, never has sound academic knowledge about megaproject management been more important. The industry needs high-quality texts to better understand the megaproject phenomenon and inform policy, practice and public debate in this costly and consequential area of business and government.