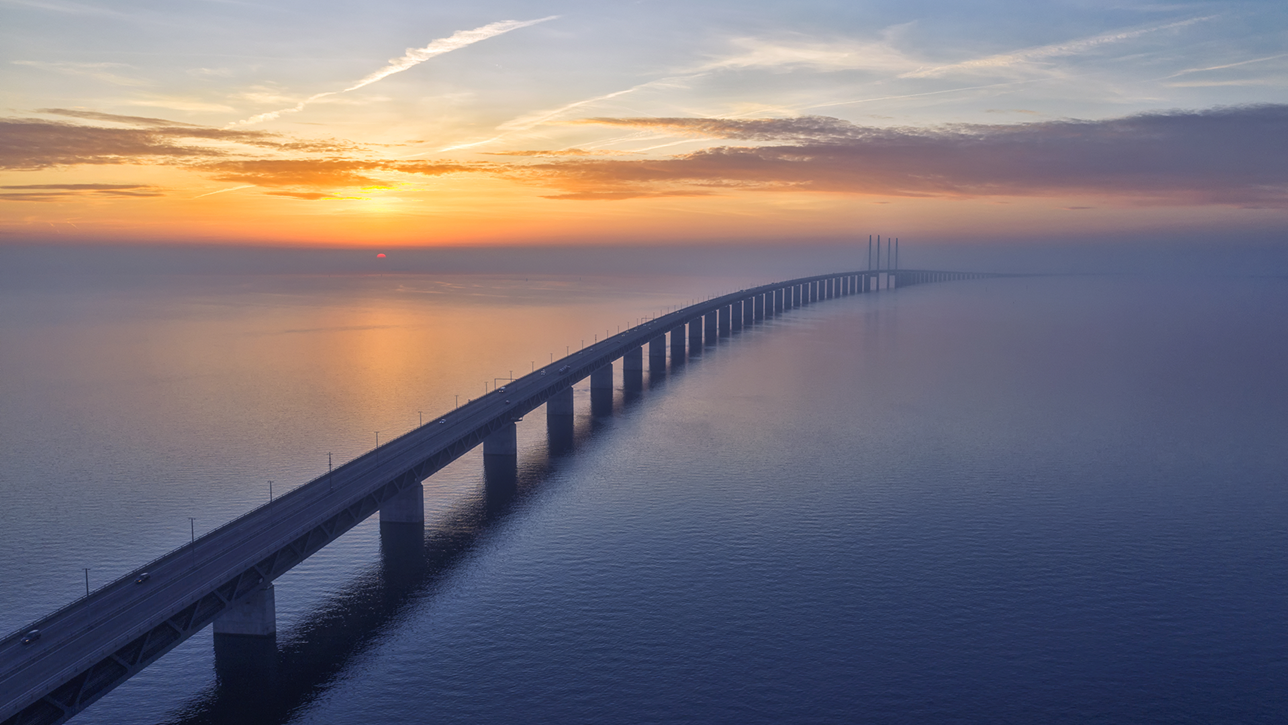 Fans of Nordic noir drama The Bridge will recognise this iconic feat of civil engineering. A 16km rail and road link that connects Sweden and Denmark, the Øresund project comprises a bridge, a manmade island and a tunnel. Crossing the bridge, which connects the cities of Copenhagen and Malmö, takes a mere 10 minutes by car. Since opening in 2000, the bridge has spurred the creation of an ‘Øresund Region’, with a population of 3.7 million. The quick connectivity means people can live on one side of Øresund and work on the other. Business and industry have benefitted hugely, and Copenhagen/Malmö has become the Nordic centre for many international companies.

“The Øresund Bridge was opened 22 years ago, but new bridges are being built every day. The connection - along with the thousands of people and companies who live, work, study, do business and have family on both sides of the bridge - brings Sweden and Denmark closer together. The Øresund Bridge is also a great example of how a megaproject in a sensitive marine environment can boost biological diversity, something that is reflected in the ocean, the artificial island and the bridge's pillars, home to one of Europe's largest mussel colonies. The Øresund Bridge is in many ways doing its part to create a better future.” – Linus Eriksson, CEO of the Øresund Bridge

A 160-hectare manmade island, Peberholm, links the bridge and tunnel