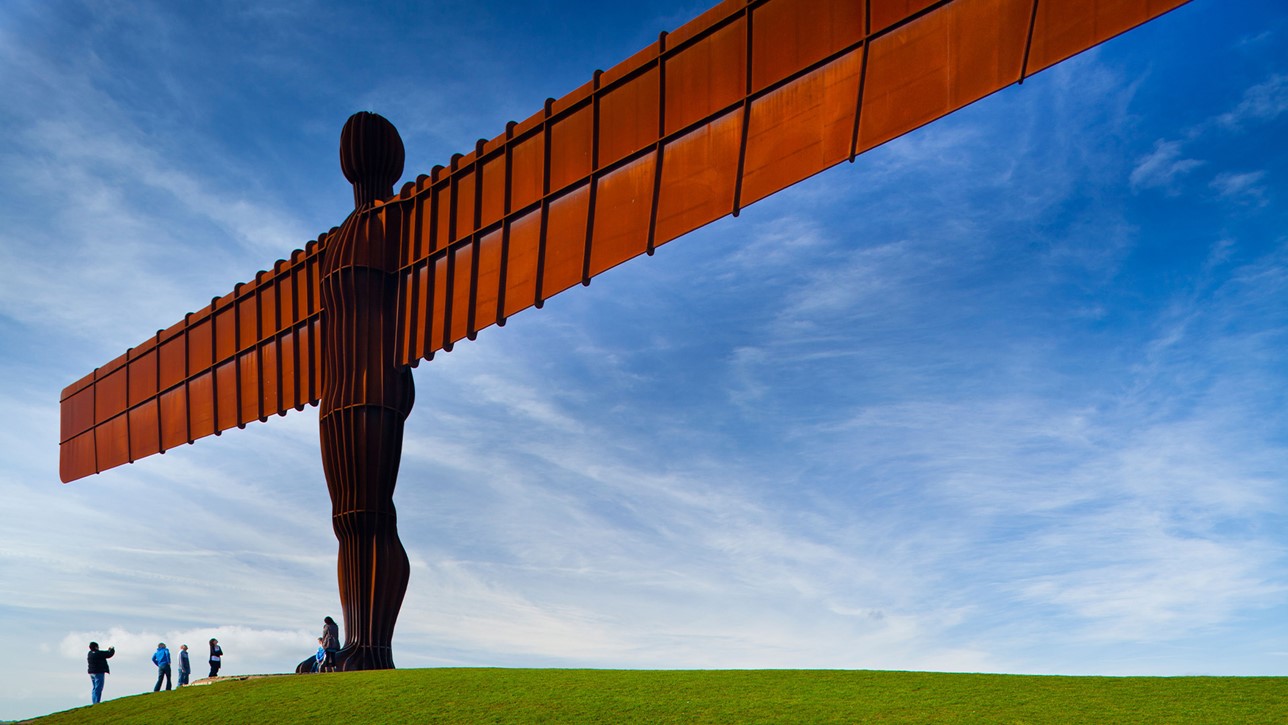 Angel of the North

On rare occasions, a bold new public building or monument can help spur a kind of cultural rebirth for a town or region. In the case of Gateshead, north-east England, and its surrounding region, the Angel of the North had just such an effect after its unveiling in 1998. Perhaps the UK’s most iconic public art installation, the 20m-high steel angel is situated beside the A1 and is seen by more than one person every second. It has been credited with helping spur change in the wider region, the catalyst for the wider regeneration of Gateshead Quays that led to further projects such as the Gateshead Millennium Bridge. The selection of the site for the sculpture was symbolic – it is situated on top of a former colliery, representing Britain’s transition out of the industrial age.

“People are always asking, why an angel? The only response I can give is that no one has ever seen one and we need to keep imagining them.” – Anthony Gormley OBE, designer of the Angel of the North