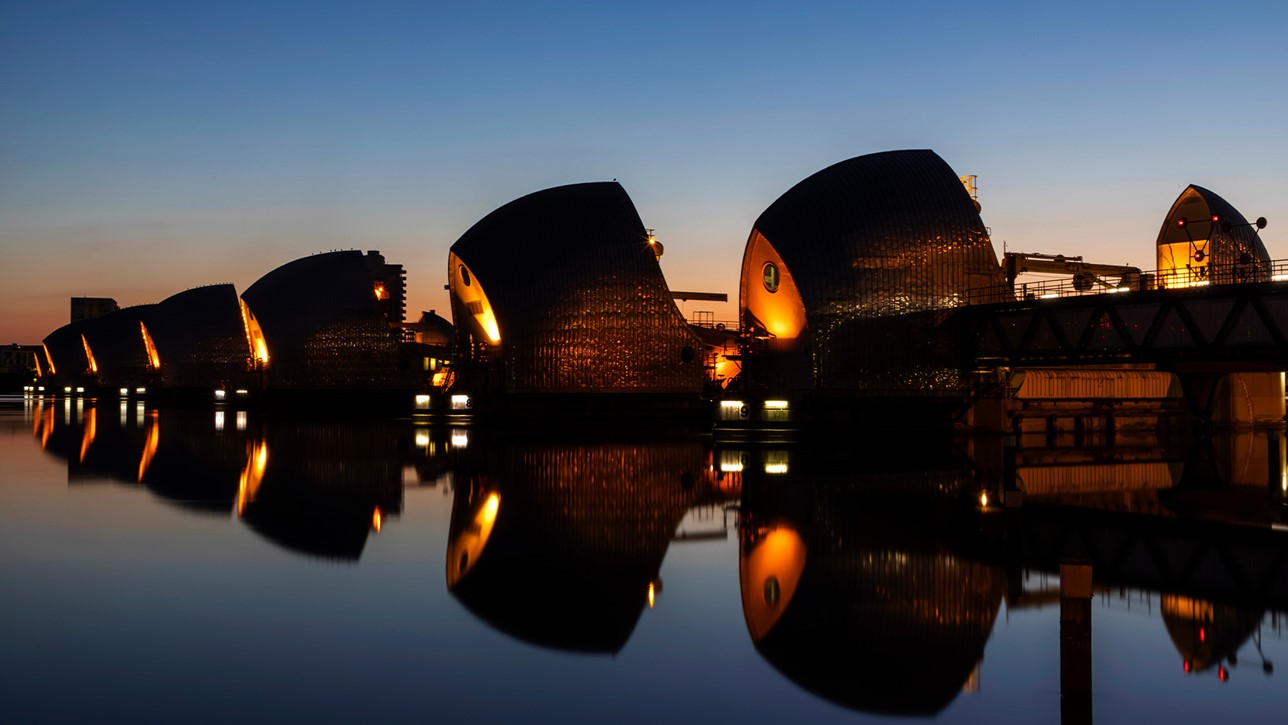 The cost impact of a major flood in central London is estimated to be in the tens of billions. With Europe’s main financial centre underwater, the effects would ripple far beyond these shores, too. After a storm surge in 1953 inundated areas surrounding the Thames Estuary, the UK government began looking to bolster its defences. Eventually opening in 1984, the Thames Barrier spans 520m across the Thames near Woolwich. It has 10 steel gates that can be raised into position to protect against flooding caused by tidal surges. Originally scheduled to last until 2030, the life of the barrier has been extended by another 40 years – by which time it will have been operational for almost a century.

“With so much at stake, the Thames Barrier is a marvel not just of engineering, but of how you have to build when something cannot be allowed to fail.” – Tom Scott, YouTuber

Each gate can hold back loads of up to 9,000 tonnes

90 minutes – the time taken for a full closure of barrier