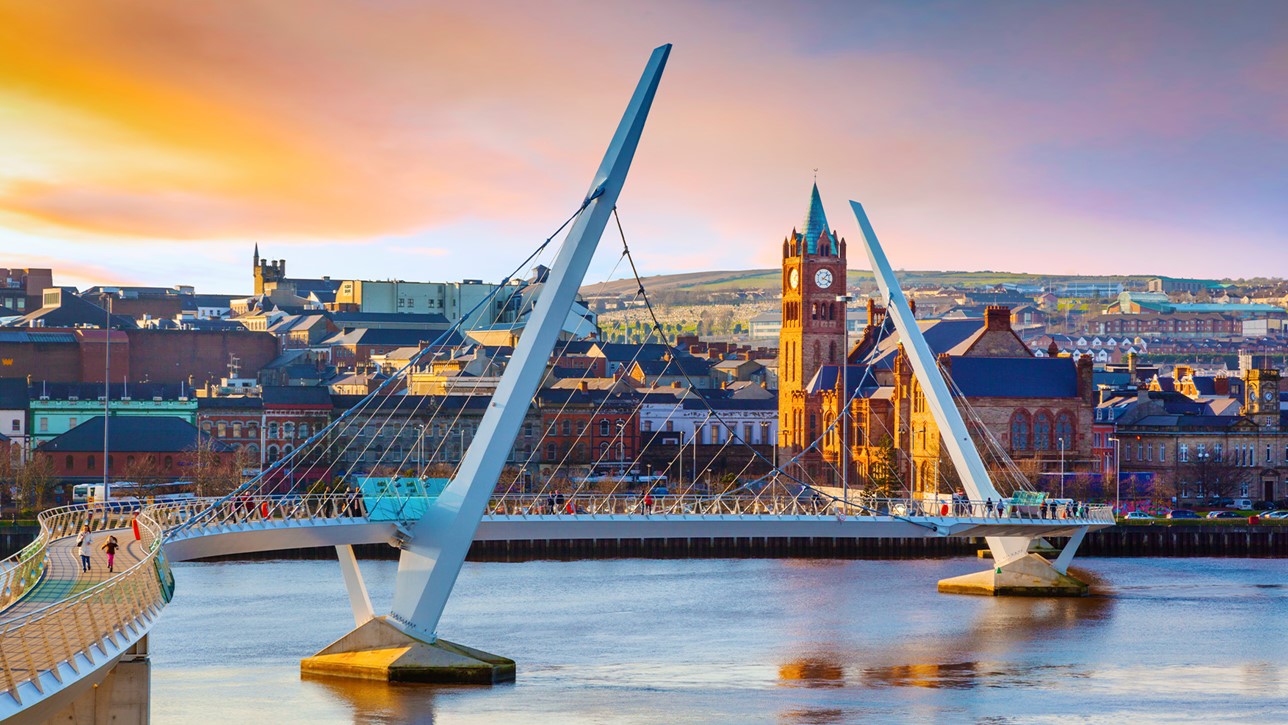 Spanning the River Foyle, the Peace Bridge was built in 2011 ahead of Londonderry’s year as the UK’s inaugural City of Culture in 2013. It symbolises the coming together of the two communities in Northern Ireland, having come as part of the redevelopment of a former army barracks into a public square. The bridge was the product of a collaboration between the Northern Irish Executive and the Government of Ireland, with funding drawn from a cross-border EU body dedicated to projects promoting the peace process. It has since become a shared focal point in the famously divided city and even ranked as Northern Ireland’s most popular tourist attraction in 2013.

In its first six months, more than 250,000 people crossed the bridge

The Peace Bridge has been designed to last 120 years