I thought I’d blog about my most recent experience of working in Government. I’ve been a civil servant since 1991 (i.e. a long time!), and have worked for several Departments in locations across the South East and South West. My workplace has varied from ‘Portakabins’ to Defence airbases in that time.

I currently work in the Home Office, having previously been based in Westminster, but I’ve recently moved to Croydon, which is one of the Civil Service’s new ‘hubs’, an initiative started in the Ministry of Justice.

I’m one of many hundreds of staff moving from Westminster – which now houses only core policy and government staff who directly support Ministers, Government and Parliament. The displaced Home Office staff have moved to many locations across London and the regions, but principally Croydon.

So what are these ‘hubs’, why have they been formed, and what advantages do they offer the civil service?

Although the overall number of civil servants has fallen by over 20 per cent since 2010, this has run in parallel with an ongoing digitally driven transformation in the way we work. Over the same period, the size of the government estate has shrunk by a quarter, reducing running costs by over £1 billion.

In implementing the vision for transformation, less staff are needed in central London nowadays. More of the civil service is devoted to project delivery, or fulfilling an operational delivery or ‘intelligent customer role’ in service or contract management. These staff can be based anywhere.

More services are being ‘digitally’ provided which means the staff skills base is also rapidly changing. The new interconnected world we live in, means the civil service needs to spend less time on policy development, as this is often bounded by legal, political, international, or digital considerations, and it is anyway easier and faster to consult nowadays. There is also less need for policy intervention where markets have developed their own solutions which are working well for all stakeholders. Intervention is focussed principally where there is imbalance, or where vulnerable or marginalised stakeholders need better representation.

There is however more need to collaborate, both across Departments and with the private sector, as project delivery is now more complex.

There’s no getting away from the fact that one of the ‘other’ reasons the civil service has created ‘hubs’ is the continued drive for seeking efficiency in the estate. In Westminster, Government typically owns the building in and immediately around Whitehall, but even there, the cost of providing goods and services means that the overhead associated with providing each staff desk can be 10 times that of providing a desk at Croydon.

Hubs as a part of ‘Smarter working’

Smarter working was an initiative that dates back to the ‘noughties’ but has only really started to happen in the civil service in the last few years. This is because of the advances in office technology, office and home broadband speed, and facilities management encouraging building design focussed on people that have now enabled it to work as originally envisaged. This is part of the increased focus upon the health and wellbeing of all government employees.

It’s surprising how much work is still done on paper in the Home Office. But the reason is simple – there’s usually a requirement to conduct casework or investigations with a physical paper trail behind them for legal reasons. However, I’d expect these last bastions to fall in the next couple of years as the Ministry of Justice fully implements the Digital Case System. As lawyers and judges move to use an electronic system, case management in the Home Office can also become fully ‘digital’.

The old approach to protecting Government information relied on protecting the network. You’d have to work at a physical workstation in the office, and home working where it existed, was convoluted and slow. Software was archaic. But change has come.

A new cross-Government profession – Digital, Data and technology, has now been established to push ICT further up the agenda, and to provide progressively more senior and strategic consideration of ICT issues, and more joint working across departments.

And there is now a new approach to the security of managing Government information, as overseen by the National Cyber Security Centre. Their guidance  to Government Departments means that encryption and other countermeasures ensures that Government information remains protected, whilst allowing greater use of WiFi, mobile and home working and cloud based computing.

Smarter working means that soon, nearly all Home Office staff will work from a laptop, tablet or smartphone all the time. For some frontline staff, this means that they work almost exclusively in the field from a fully mobile office, supported by some very innovative apps!

One of the intents of creating ‘hubs’, is to help revitalise the communities in which they are based. Croydon is a good example of a London Borough that has come through a rough patch, having lost several 70’s corporates, and is now ‘on the up’. What’s not well known outside of London is that, behind the ‘silicon roundabout’ and parts of east London, Croydon is one of the biggest centres of tech start-ups in the UK.

Alongside the new physical freedoms, the civil service is using the new office and technology capabilities to change the culture of the organisation from within. Staff are being encouraged to use techniques such as ‘appreciative enquiry’ and ‘action learning sets’ to work together to challenge the way things have been done, and to find new solutions for themselves which are fit for the 21st century. This is working far better than imposing ‘new ways of working, as staff have more personal investment in making the change work.

Are hub’s right for all Government activity?

For the moment at least, the MOD and the security services, and some security units in Departments like the Home Office, who conduct more of their business at higher levels of security classification, won’t be able to fully ‘hub’. That doesn’t mean that Smarter Working cannot be implemented there, and that these Departments cannot benefit from the development of the civil service culture. Indeed the Defence Science and Technology Laboratory won an award for their approach to this.

So has it worked?

Broadly yes – and it’s improving all the time. Despite the inevitable initial resistance from staff – most are now obviously happy, increasingly productive and enjoy the new ways of working.

There’ve been some problems with the technology transition which is ongoing. Some legacy systems will need to operate longer than originally anticipated, and these can often only be accessed through traditional workstations. There have been some glitches in the switch over to ‘cloud based computing’ which mean it’s taking longer than planned to achieve a smooth transition and maintain continuity of service provision. The paperless office is definitely nearer, and the new tech is beginning to be used as intended to facilitate culture change.

Some people miss the formality of the wholly desk based routine and the formal clothes and norms that went with them. But the improvements in productivity and the harnessing of innovative approaches are worth it – and I still do occasionally wear a suit and tie!

We are also still some way from a common estate and ICT system which means staff can work from the buildings of other Departments – but I would predict we’ll be able to do that too in the next few years. This comes with improvements to the technology in staff passes and the introduction of a common HR system across Goverment.

Learning lesson - what if you want your business to benefit from Smarter Working?

The Government has produced a Smarter Working single code of practice working with the BSI as standard specification from it’s experiences, to help other organisations make a similar shift to the way they work.

Companies like Virgin are already adopting a similar approach.

The result after all is happy, more productive and innovative staff – isn’t that what you want from your organisation? 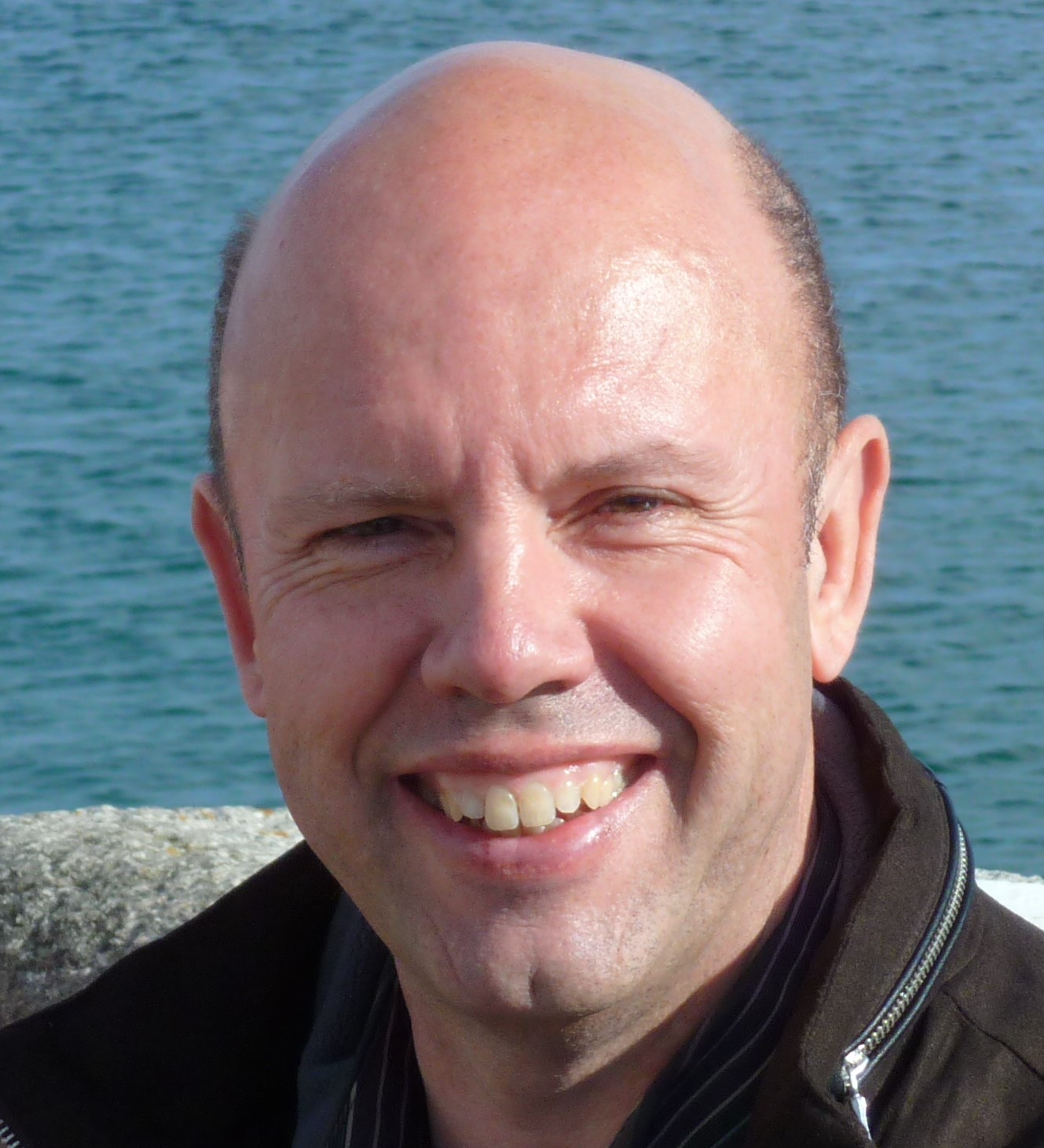 I have 32 years civil service experience in the delivery, assurance and governance of many technical, ICT and scientific programmes and projects. Originally a scientist, I made a mid-career change to project delivery. I’ve worked for the Home Office since 2012, and am currently Deployment Lead for the ‘Nationals & Sharers’ within the Emergency Services Mobile Communications Programme. I am a Chartered Project Professional, Fellow of the APM and qualified in multiple Waterfall and Agile delivery techniques.