We’re probably all familiar with those classroom movie scenes depicting a group of bored, bubble-gum chewing US school kids, refusing to listen to the pleas of a screaming, middle-aged teacher.

You would never imagine a project workshop descending into such chaos – unless the biscuits are particularly disappointing – but there is always the potential for a project professional to be equally dismissed and ignored.

So how can you ensure your kick-off meeting or lessons learned session is facilitated well and progress made? How can you be more Dead Poets Society than Grease?

A kick-off meeting should be held as soon as the team has been identified and work has started. There is more ambiguity around a lessons learned workshop. Elisabeth Goodman of River Rhee Consulting says it should take place after a project has ended.

Not so, says APM member Dr Penny Pullan, who believes that would be too late to make any changes.

“Chances are that the report will only be filed away rather than anything positive learned. You should keep reviewing lessons regularly, with perhaps just a short slot in team meetings. Ten minutes is enough to gather lessons, which should then lead to actions.”

Karlene Agard, senior risk and value consultant at ARAVUN, says it may be beneficial to hold regular shorter workshops of around three hours rather than trying to do everything in one or two days.

Now that the meetings are in the diary, the workshop facilitator needs to create a structure. This means deciding who is going to be invited.

For a kick-off session or a lessons learned event, Goodman says the whole team should be there.

“Also invite the sponsor for at least part of the session, and people who have done a similar project who can share their learnings,” she says. “If the project has been handed over from a client-facing/commissioning team, such as business development, have them present too.”

Project professionals should begin preparing for a workshop by being very clear in their own minds as to its purpose.

“Questions should include: What are the objectives? What’s the time plan? How will you work together in the session? And what will happen as a result?” says Pullan.

Agard suggests talking to a small, select group of team members before the meeting starts to find out what they all want covered. “Is there anything specific that you or they want? By doing this in advance, you can use everyone’s time more effectively,” she says. “When you open the meeting, you should set out its purpose and the rules of engagement.”

She cautions project professionals to be wary of anchoring, which could rupture their carefully prepared plans and schedule. “If there is someone more senior on the team like a project director or someone else who is a great communicator, then ask them beforehand to keep their views to later in the meeting. If they speak first, then others might be inclined to just agree with their opinions.”

Goodman says that project professionals must be clear that the session will be based around creating a positive learning and sharing culture.

“Don’t set it up as a witch hunt,” she says. “There should be no blaming. It is also probably better not to pre-populate too much of the information – look for opportunities to build the content with the team.”

Pullan agrees that there must be a non-judgemental, accepting atmosphere.

“In a lessons learned session, rather than asking what worked or what went wrong, ask what went well. What should we keep doing? What do you wish we had done differently? What can we learn going forward to apply on this and other projects? These questions are much more likely to draw opinions out of people than asking for negative answers,” she says.

Programme manager Richard Samworth says project professionals should be aware of typical behaviours in a session, such as apathy, cynicism, evangelism and grievance. “Team members arriving with a long list of grievances can burn up an inordinate amount of meeting time, insisting on walking through each one of their 300 carefully documented issues,” he says. “Evangelists are disruptive and also repetitive, constantly banging on about their preferred method or technology. Once started, they can be difficult to stop.”

Visual techniques can help deliver objectives and engagement. “Have a timeline of the project (planned v actual) as a visual, with significant milestones marked,” explains Goodman.

Online tools such as Mentimeter can also be effective to keep large groups engaged, enabling quick and anonymous feedback via smartphones. A digital whiteboard known as Jamboard can also be helpful in displaying real-time messages and information and can be important if staff are attending remotely.

Samworth has a more basic solution, telling project professionals to break out a pack of sticky notes.

“In a room, take advantage of the white boards or bring in a flip chart,” he says. “Pay attention to the quieter members of the group. Make sure they have plenty of Post-it notes. The quiet ones frequently have the best suggestions.”

Agard says it is important to analyse responses, opinions and data from the workshops.

“Send out an agreed list of actions a day after the meeting,” she says. “If it didn’t go well, then be honest about it and work on how to fix it in future meetings. Finally, thank everyone for their time. Always be respectful.” 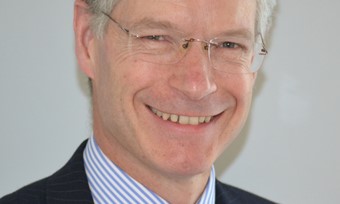