The famous lines of Tennyson’s Charge of the Light Brigade seem apt for the predicament the Chancellor faced in the run up to this Budget:

“Cannon to right of them,

Cannon to left of them,

Cannon in front of them

Stormed at with shot and shell,

Boldly they rode and well,

Into the jaws of Death,

Into the mouth of hell

Not just literally from left and right but also from competing views on how to handle finances ahead of Brexit and its impact, as well as wider volleys from different directions on priorities for his (relatively few) spending options.

To continue the metaphor, the dangerous fire comes as much from the Government’s own independent forecaster, the Office of Budget Responsibility (OBR), whose latest economic projections pin down his room for manoeuvre.

How to please the conflicting pressures of ‘Spreadsheet Phil’s ambition to balance the budget against the (siren?) calls for a ‘spendthrift Phil’ to kick start the faltering economy? Mr Hammond will be concerned that aspects of this Budget must not unravel in a similar way to the self-employment tax U-turn in the last budget.

The main constraints on the Chancellor are:

As expected housing investment is a key theme. He remained bullish on his target of building 300,000 houses a year, though the timeframes appear to be later than previously expressed. He set out a package of measures including the following: “Over the next five years we will commit a total of at least £44 billion of capital funding, loans and guarantees to support our housing market”.

Planning reform was part of the package – launching a review of why there is a gap between planning permission and housing starts, led by former Minister Oliver Letwin.

For the politically crucial youth vote, there was also an eye-catching announcement of the abolition on stamp duty for first time buyers up to £300,000.

There was a strong focus on productivity – albeit he admitted in his speech that no nearer solving the conundrum of low productivity growth since the banking crisis with a strong of specific regional initiatives set out in the speech.

There was also an interesting collaboration with the CBI\TUC on investing in digital skills, including for construction as part of a national retraining service.

He also kicked-off the thorny process of how to tax fairly growing digital business by consulting on this issue.

He also answered – in part - the NHS’s funding call with a further £2.8b extra funding (for NHS England, but short of their call for £4bn).

From a project management point of view there is a clear emphasis on a pipeline of projects both in the traditional sense of an infrastructure as well as new digital transformation.

Tennyson concludes: “When can their glory fade? O the wild charge they made! All the world wondered”. Time will tell whether this was a cautious foray or a wild charge but it clearly will have major ramifications for Mr Hammond, the government, and the economy and the public.

There is often a golden rule that how budgets are received in the first hours can be very different from their perceived impact days later as the full detail emerges. Let’s see if Mr Hammond’s “glory fades” or that this charge proves more productive than that seen at Balaclava! Time will tell. 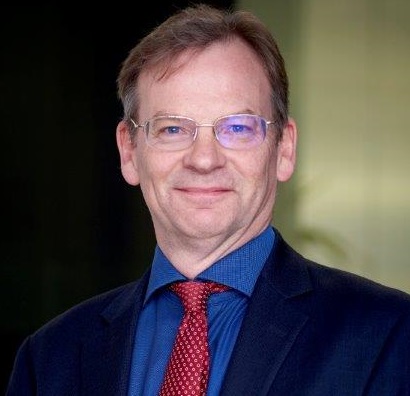