Somewhere in your organisation are a group of individuals that keep your business running. They keep customers happy, swiftly deal with problems, keep employees motivated and develop them professionally. They realise work isn't all your employees have to contend with in life and work isn't a box you can isolate from "not work", at least not in today's modern world.

The role of the modern ‘line manager’ in today's organisational environment is set to cement itself as a critical factor in enabling organisations to swiftly deal with persistent disruption. Disruption also means we have to face up to dealing with the management of change.

As I talk to change management professionals supporting organisations to implement change, time and again I hear of frustrated managers who in turn have demotivated teams that feel like change is being done to them. When you consider that numerous studies intimate a high failure rate to change and transformation initiatives, a good place to start asking why is with your line managers.

I consulted a number of current line managers taking part in a various change programmes across several industries and size of changes and three topics came up consistently:

In times of change individuals feel vulnerable, particularly when the boardroom rationale for change is not connected to the shop floor realities of executing it. Phrases like "the powers that be", "orders from the mothership" get thrown around pretty quickly and they display a lack of trust in the exec and in credibility of the initiative. Now executives have an impossibly difficult task of communicating a compelling message for change and ensuring every single person listening heard the same message that they wanted to convey. Additionally, they do not have bandwidth to speak to people on an individual level and frankly, the distance (physically or emotionally) will remain a barrier to your trust in that person when you are already feeling vulnerable. Line Managers however already have those critical personal relationships. They have credibility and trust of employees but sadly it is rarely ultilised in change. Organisations will often erode that relationship by keeping line managers outside the tent leaving them as exposed and vulnerable as the employees that they manage.

A basic description of information theory tells us that when a communication is sent, it can often be mixed with ‘noise’ which will lead to the recipient interpreting it differently than intended. For a single individual sending a message to 100 people, the effort to check the message is correctly received is labour intensive. If that individual focused effort on just 10 people, the effort is significantly reduced. To make it work though, those 10 would also need to be responsible for spreading that same message.

Line Managers fit this bill precisely. They have the networks to spread the messages and can create the forums to collect feedback on that message – buying engagement along the way.

Most organisations want to deliver change swiftly with minimal disruptions to the business as usual activities that pay the bills. The challenge is that rarely do companies 'invest' in additional staff to cope with the work that delivering change entails. In fact, most companies will ask teams operating close to 0% capacity to take on these changes and ‘make them a priority’. Moreover, they put another noose around the neck of change by insisting existing delivery must not slip. Line managers know the sums don’t add up. We can’t keep everything the same and expect change to come easily.

If Line Managers were told to create bandwidth by allowing some risk to be introduced to the existing business as usual then the change initiative might stand a fighting chance. Most importantly it gives autonomy to a line manager to work with their team to explore how to execute the change without the worries of failing on old practices.

There are many factors to delivering successful change within organisations but critical to all of them is the support and autonomy line managers are given to manage each of those factors. They are linchpins of change. Failure to utilise their trusted networks, their credible voices and their ability to create capacity at the expense of managed risk will lead to the disconnect between strategic vision and operational execution. Don’t let your change initiatives fail before they have even begun. 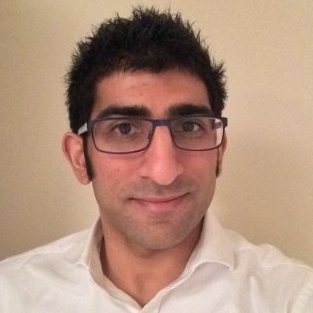 Ket is a certified Change Practitioner with over a decade of hands on experience leading change and transformation activities. Having led several large scale transformations, driven through M&A, he has a vast array of experience cutting across all business disciplines and activities with particular specialisms in Data Analytics, Business Operations (back office and client) and Technology.

Ket is also the London Lead of the Change Management Institute, an organisation dedicated to promoting best practice in the delivery of change. Working with the likes of Google, HSBC and ATOS Consulting he has lead numerous events exploring topics such as Emotional Intelligence, Benefits Management and Digital Transformation to bring trending topics to debate in the broader business world.