Advisor to the Government was awarded an Honorary Fellowship today by the Association for Project Management (APM). Paul Morrell was recognised for his significant contribution to project management along with two senior transport figures at APMs annual Honorary Fellows lunch held at The Dorchester Hotel in London today.

Douglas Oakervee CBE and David James, who join Paul in picking up the most distinguished honour in project management, will be joining a list of the professions most prominent figures during a milestone year for the Association. The largest professional body of its kind in Europe is honouring those that have made a valuable contribution to the profession as part of APMs 40th anniversary celebrations.

Paul took up his post as chief construction advisor to the Government after leaving his role as senior partner of building consultants, Davis Langdon. In this role he works with Government and industry to act as a link between the two leading the construction innovation and growth team. He ensures Britain's construction sector is equipped with the knowledge, skills and best practice to make the most of the opportunities which the 21st century has to offer. Paul chairs the board responsible for securing value for money from the Government's procurement of construction, promoting innovation and sustainability while ensuring the Government takes full account of the impact of regulations on the industry. In March 2010 he produced the Low Carbon Construction Review and now looks to ensure that the vital area of project management in a low carbon economy is driven forward and coordinated with other areas of the industry for the benefit of the public and UK economy.

Douglas Oakervee CBE was executive chairman for the 16 billion Crossrail programme, the biggest infrastructure development in Europe, where he led the programme into the implementation phase. Although he is a civil engineer by training, his career for the most part has been multi-disciplinary and embraced not only construction, but mechanical and electrical engineering, while undertaking project director roles for some of the largest projects in the world including tunnelling for London Undergrounds Victoria line. Of his 52 years in engineering 24 were spent in Hong Kong where he was responsible for all aspects of planning, design, procurement, construction, installation and commissioning of Hong Kong's 6 billion airport built on a man-made island.

David James is currently chair of Transport for Londons (TfL) Independent Investment Programme Advisory Group, which provides independent assurance and expert advice to the Mayor of London. It considers issues of economy, efficiency and value for money in preparing its advice. David was chairman of a joint venture between Atkins and Balfour Beatty, managing the major improvement project for Kings Cross Station. The massive transformation that has taken place at Londons busiest Tube station, resulting in a doubling of capacity and a safer environment for passengers, has been the biggest challenge ever undertaken by Balfour Beatty Management. He also oversaw the extension of the Piccadilly line to Heathrow Terminal 5, and the associated station development.

Until recently he was a member of the Executive Committee a Balfour Beatty plc in the role of managing director of Balfour Beatty Management. David says: What we do is not rocket science. By understanding the challenges and pressures and bringing a solution to the table that is inclusive and exceptional, we can fulfil the requirements of mega-projects. 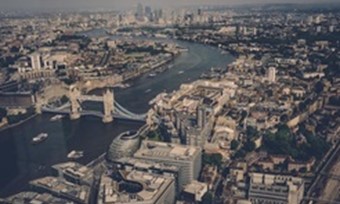