A survey of the UK construction industry by NBS, part of RIBA Enterprises, has revealed an increase in the number of disputes over the last 12 months.

Undertaken with the help of the membership of more than 20 industry bodies including APM, the 2013 NBS National Construction Contracts and Law Survey had input from more than 1,000 clients, contractors and consultants.

The perception that the tough economic climate has forced parties to be more adversarial is backed up by nearly half of those surveyed saying that the number of disputes have increased with fewer than 10% saying they have decreased.

In addition, it reports that consultants, over the past few years, have seen the number of non-paying clients, and clients going bankrupt, dramatically increase.

It is also clear from the NBS survey that many disputes involve large sums of money and have a significant effect on the construction process.

Half of the disputes reported had a value greater than a quarter of a million pounds, whilst 13% had a value in excess of £5 million.

70% of disputes occurred during the construction process, the remainder happening after practical completion, with 17% of disputes resulting in work being stopped or suspended.

45% of those who entered into dispute in 2012 had at least one on-going dispute at the time they completed the survey (June and July 2013).

Disputes most commonly arose between the client and main contractor (81%) with the assessment of delay and extension of time and contract variations cited as the primary causes of contention.

The survey also revealed how international work (through UK-managed contracts) brought its own issues with cultural differences coming top followed by risk distribution, unfamiliar contract forms, security of payment and language issues, listed as challenging issues for at least a quarter of those involved in international contracts.

Those calling for greater collaboration in the construction industry will also be disappointed to learn that nearly a half of respondents did not adopt any collaborative techniques in 2012, and only 10% did so for all projects.

Almost half of those questioned felt that greater collaboration between all parties was helped by the adoption of BIM (only 6% didn’t) but it is still not normal practice for BIM to be referenced in contracts, with fewer than a quarter agreeing that they referenced BIM, or have adopted BIM, in their contracts.

Richard Waterhouse, chief executive of NBS’s parent company, RIBA Enterprises said: “Further work is required to develop knowledge on how to improve and create effective contractual mechanisms that provide the framework for collaboration in construction projects.

"While disputes appear to be increasing, use of industry standard contract forms is not. Bespoke contracts and appointment arrangements remain prevalent. The survey gives us no evidence to support the view that bespoke contracts are a way of avoiding dispute.”

A full report on the survey is now available the NBS website. 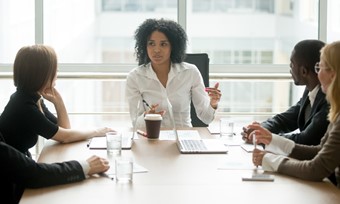