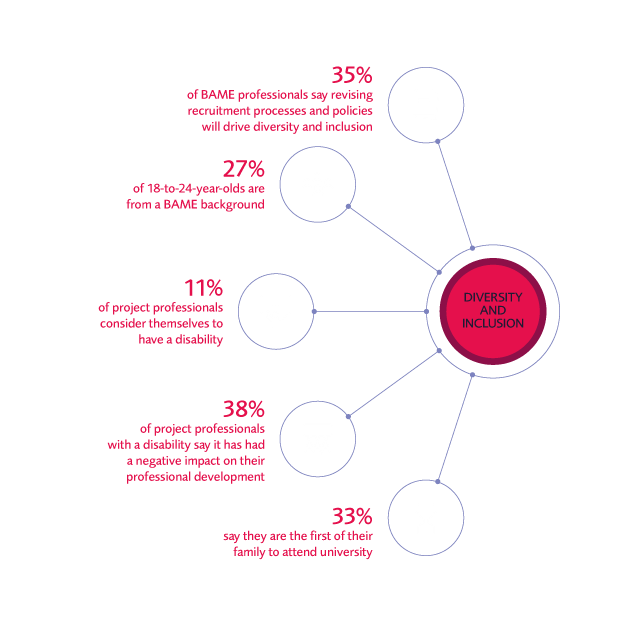 In order to thrive and grow, the project profession must reflect the society in which it operates.

Creating a more diverse and inclusive profession is tough, but by collecting meaningful data, analysing it smartly and devising better approaches, significant progress is within our reach.

Following the progress made last year, this year’s results show that although there remain challenges to face, the project profession is beginning to open up to a wider section of society. It now takes in different ethnicities, genders and social backgrounds, all of which have been seen as barriers to entry in the past.

While the results don’t add up to a definitive picture, they do show that the profession has some way to go to escape the perception that it is the preserve of white middle-class men. Added to that, the fact that a significant number of black, Asian and minority ethnic (BAME) and disabled professionals still believe they are held back by their background or physical or mental health must concern us.

Make-up of the profession by ethnicity

Tracking the changing make-up of the profession is an important task, and it reveals that change tends to come about slowly. But clearly the trend lines are moving in the right direction. Last year, the survey revealed that BAME professionals made up 12 per cent of the workforce, with 86 per cent identifying as white. That figure has now shifted to 15 per cent identifying as BAME.

Looking more closely at the BAME figures shows that little of the overall demographic has changed in any marked way. Asian/Asian British representation has increased slightly from five per cent to eight per cent, while those identifying as Black/African/Caribbean/Black British have slightly increased from three per cent to four per cent.

And while BAME professionals are increasing in number, their average salary level is slightly lower than the overall average (£45,000 vs £47,500) and falls below the average for white professionals by a larger margin (£45,000 vs £52,500).

Certain figures reveal some positive trends, such as an encouraging level of new entrants from BAME groups. More than one in five (23 per cent) of project professionals from a BAME background are new to the profession (against an overall average of 14 per cent),and 27 per cent of 18-to-24-year-olds are from a BAME background. BAME professionals are more likely to work in either central or local government, tracking above average in both sectors. 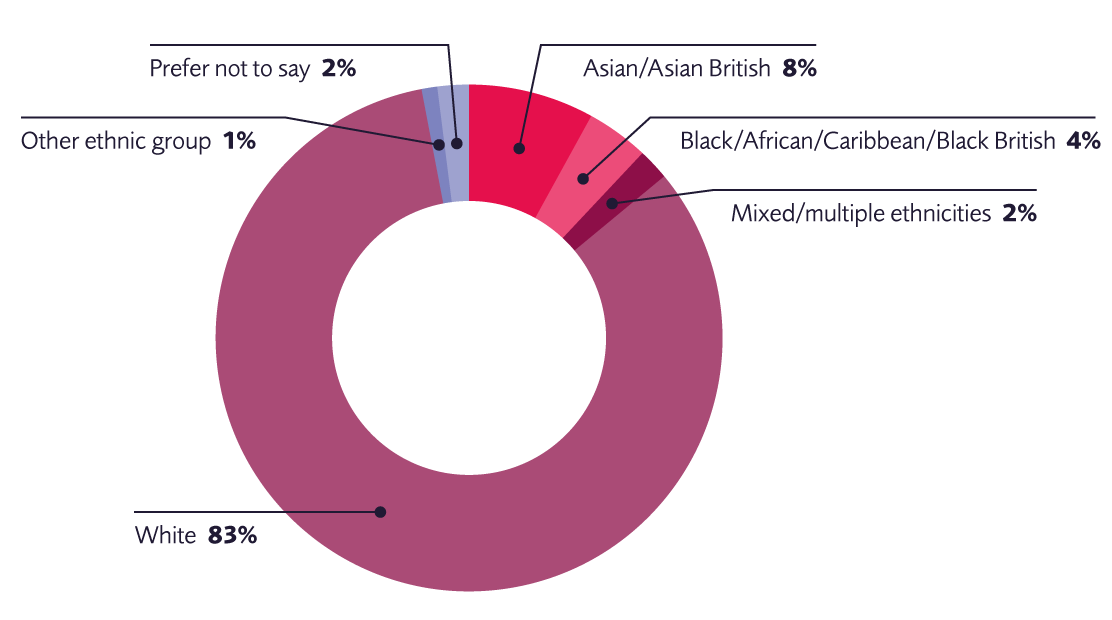 Impact of ethnicity on career development

The results show no significant change in the key perceptions since last year, as it remains the case that BAME project professionals are more likely to agree that their ethnicity has had a negative impact on their professional development than their white colleagues (27 per cent vs 3 per cent).

Drilling into the numbers further reveals some interesting variations. For instance, Black/African/Caribbean/Black British are the BAME group that still feel that their ethnicity has had the most negative impact on their career (38 per cent) compared with other BAME groups. While this is the same level as last year, it suggests more concrete progress is needed to change this perception. 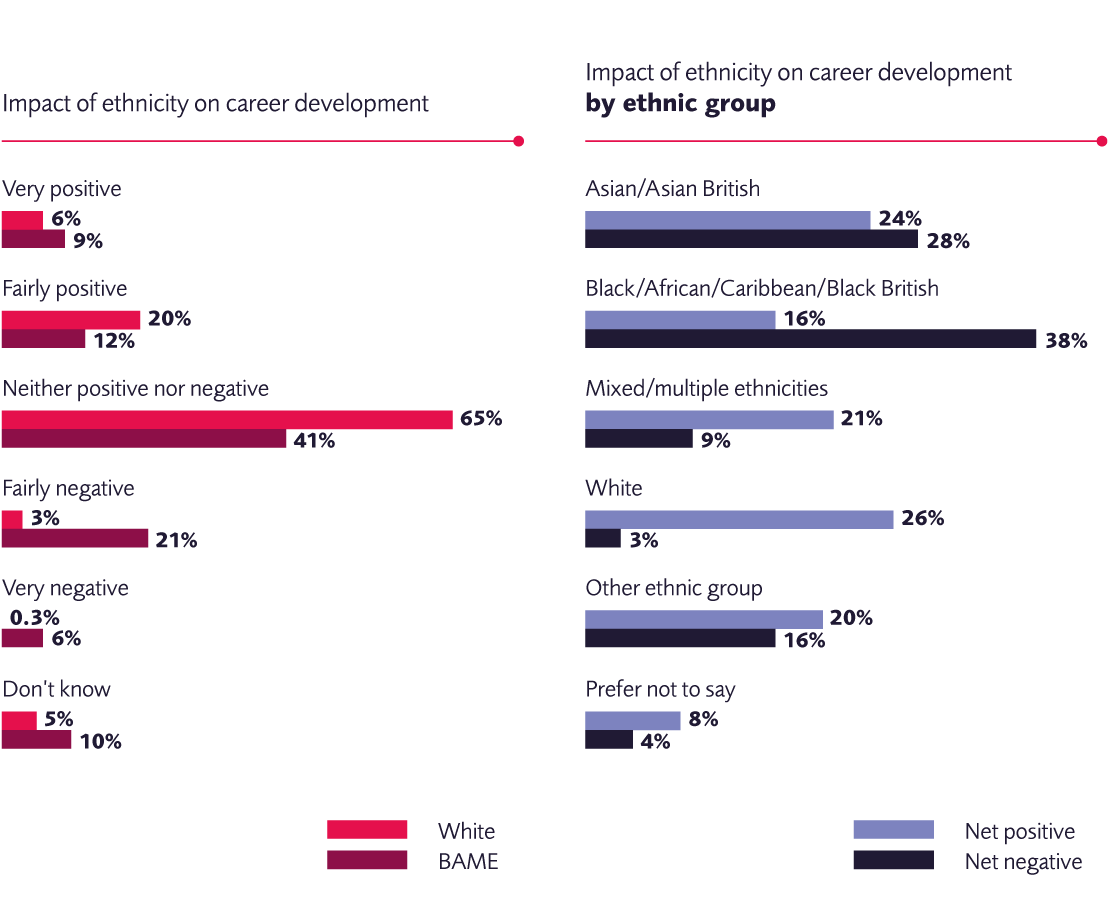 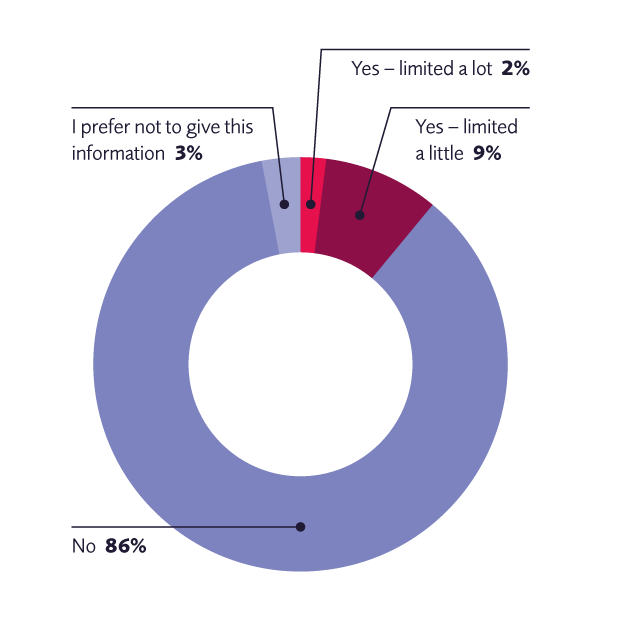 Project professionals with a disability

This is the first time we have measured disability as a determinant of career progress. We have used the definition provided in the Equality Act 2010, which describes a disabled person as: “Anyone who has a physical or mental impairment which has a substantial and long-term adverse effect on their ability to perform normal day-to-day activities”. The results showed that one in 10 (11 per cent) of those surveyed consider themselves to have a disability or longstanding physical or mental health impairment. 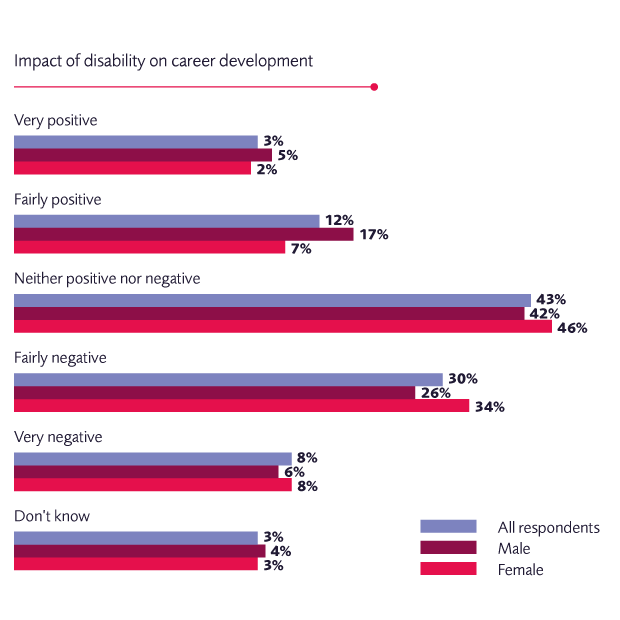 Impact of disability on career development

How diverse and inclusive is the profession?

As the other findings in this chapter show, changing perceptions can be difficult. Last year’s research showed that BAME project professionals were significantly less likely to consider the project profession to be diverse than their white colleagues. 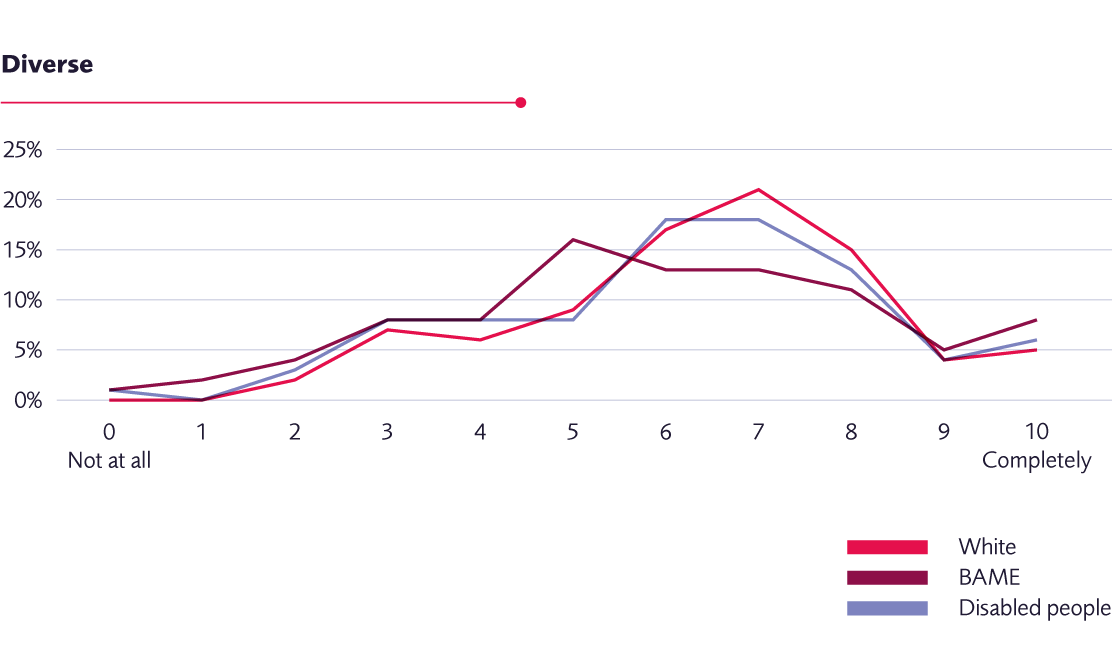 That remains the case, with the net score unchanged. Concerns around the inclusivity of the profession were highest among those who identified as BAME, with significantly higher proportion (12 per cent) taking a negative view than their white counterparts (five per cent).

It is, however, worth pointing out that views are becoming more polarised, which may reflect the greater attention being paid to these issues both in the profession and the wider world: the proportion in the middle – those not feeling strongly about diversity and inclusion either way– is dropping each year, and across both BAME and white cohorts. 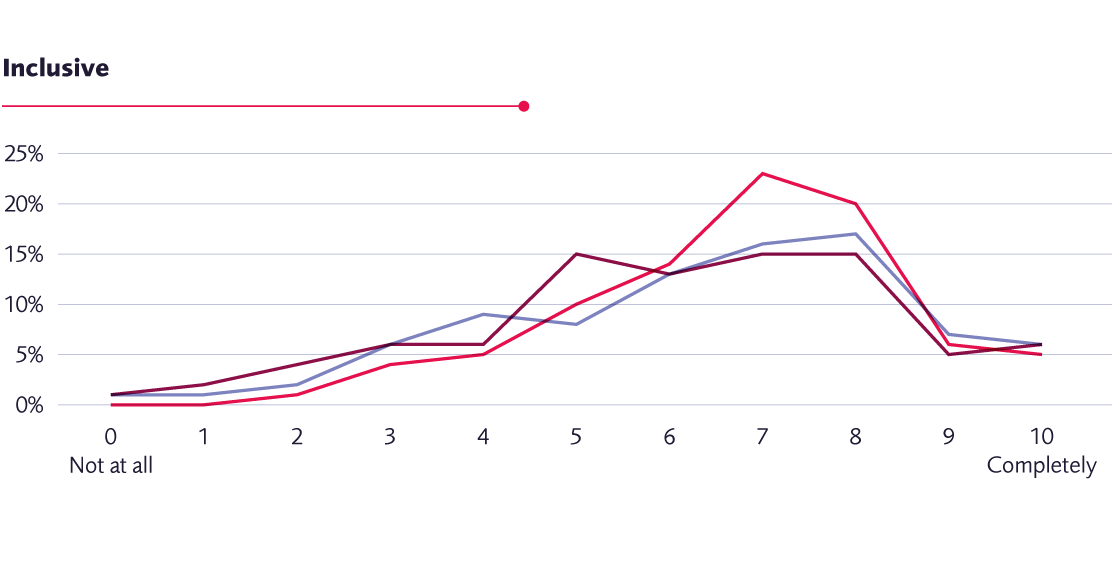 It is also encouraging that just under half of disabled people feel that the profession has its doors open to all. Forty-six per cent of that cohort rated the profession as inclusive, which shows that while more work is needed, there is genuine reason for optimism around efforts to include a broad range of entrants 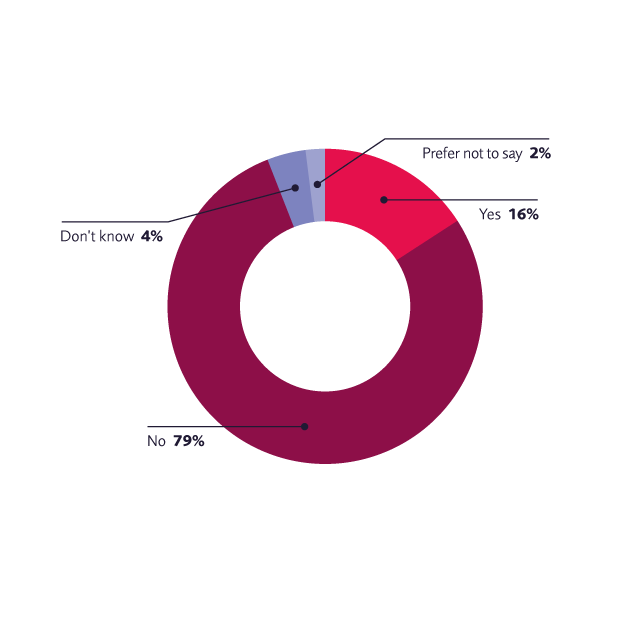 All professions have barriers to entry: some may be more obvious than others, but they still exist. While the data on BAME professionals’ attitudes to diversity and inclusion is growing into a useful body of evidence, details on how those who have come from more challenging social circumstances remain scarce.

In order to address that, this year we wanted to broaden our understanding of where our professionals come from, and what obstacles they may have had to overcome to enter the profession. Assessing that is far from an exact science, but this year for the first time we have included two questions that we felt give some indication of social background: were you ever the recipient of Free School Meals and were you the first member of your family to go to university? 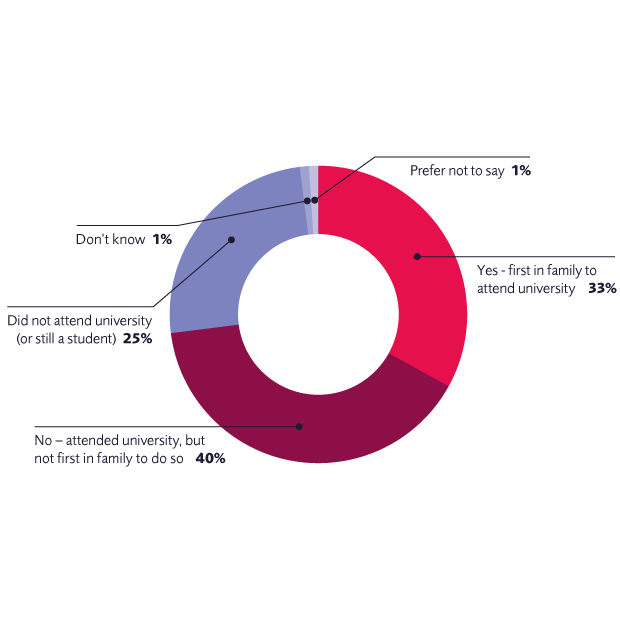 First member of family to go to university

The survey shows that 16 per cent answered yes to the first question, which broadly reflects the wider distribution within society as a whole. As for those representing their family at university for the first time, that proportion was higher, at 33 per cent, which does suggest that the profession is welcoming to many people who have experienced a relatively recent change in their social status.

Ways to make the profession more diverse and inclusive

A closer look at the figures shows that 70 per cent of BAME respondents say they feel positive about the prospects for the profession, compared with 65 percent of white respondents. Disabled people were less optimistic, with 61 per cent believing that the profession will be enhanced over the next five years.

Mentoring remains the most commonly mentioned way of making the project profession more diverse and inclusive, which remains the same as last year (43 percent), with disabled people rating it even higher (48 percent). Clearly, the more visible that professionals from diverse backgrounds become, the more likely they are to both inspire from afar and to help on the ground by mentoring the next generation.

However, the demand from BAME respondents for concerted, public action is growing: last year 28 per cent felt that recruitment policies and processes needed to change to drive diversity and inclusion. That figure now stands at 35 per cent, and support for the compulsory publication of pay gap data has grown from 25 per cent to 28 per cent. The belief that this measure would help has also increased among white respondents.

Faith in less ‘direct’ actions, such as unconscious bias training or the promotion of relatable role models, has markedly softened among those identifying as BAME.

Following on from the work begun in recent years, we continue to act as a force for change in the diversity and inclusion space. Many of the initiatives that have launched over the past two years are now gathering pace and adding more participants from across all sectors, organisations and backgrounds.

From LinkedIn groups to bringing together different professionals in order to better understand how to build a more diverse and inclusive profession, we are committed to understanding the barriers that can and do exist. And that goes beyond ethnicity: social background and disability are both often-ignored factors in creating barriers to entry. By extending our research to include this, we are doubling down on our commitment to a fully diverse and inclusive profession.

We are also in the process of evaluating the success of our mentoring pilot scheme, an initiative we expect to expand later in 2021. 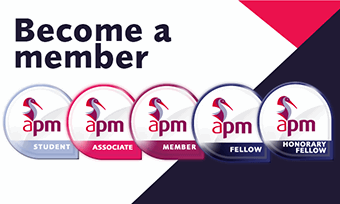 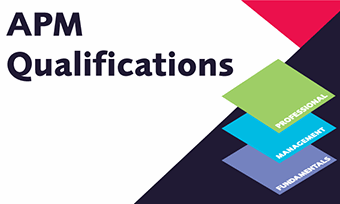 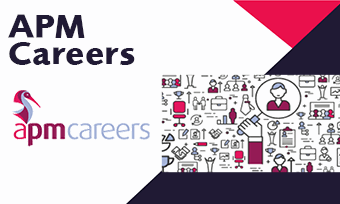 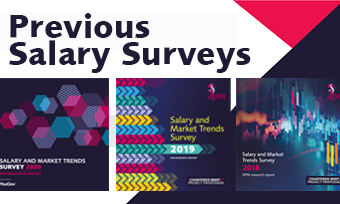