A long time ago, in a land far away, project management was doing rather well. The subject had advanced to a level pretty much consistent with what a modern project manager, in the land of now and here, would expect and recognise. Except that, it being long ago, the technology wasn’t quite there. For “multiplex new-build”, read “castle” instead, and as for those much-heralded high-speed chariotways (and yes, there really were heralds) after many years only one had been built out of the two or three promised. Project Managers were in much demand to organise and deliver the multitude of old-tech requirements of the day.

The King of the land of far away, in those long ago times, was something of a visionary. He was imaginative, he got the big idea, he could see the big picture, and he had the cash to back it. But he felt it was not his role to get involved in the nitty gritty of how to make these ideas happen – besides which he didn’t really have the time.  Royal Commission projects flowed out of the palace at a steady rate, and the Royal Association for Project Management (well, what’s in a name?) were sometimes stretched to provide the manpower to pick up all these grand schemes and turn the visions into realities. The parchment factories were working overtime to produce the materials needed for all the project plans, and cabinet makers prospered greatly in constructing elaborate project filing systems. Small armies of copy clerks sat at tall desks to produce handwritten copies of all project documentation. Geese looked a little threadbare; the demand for quills was high. Project risks were not unknown, but might be in the form of “dragon”, or “wizard”.

What now follows is something of an allegory concerning the absent project sponsor...

Of course the problem with all this was that the King, as project sponsor, had almost no interaction with the project managers. It was not unknown for things to be misunderstood or misinterpreted. There had been some classic instances of “getting it wrong”, then fudging it so the end product looked something like what had been intended. (Like the drum tower that was great for playing drums in, the acoustics were superb, but not much good as a defensive bastion at the business end of a highly fortified castle). The king had not been too pleased, on more than one occasion, and a couple of project managers had sailed very close to the wind; the words “dragon’s breakfast” had been muttered against their career prospects.

So enter our hero, the project manager, who for the purposes of this story was named Jack. He was intelligent, capable and well organized. Well-liked, and pleasant in conversation. A good all-rounder.  But he didn’t really get the point of this latest Royal Commission project which he was being asked to manage. Nor did he want to end up as toast on a mountainside far away.

“It’s no use asking me for details!” exclaimed the clerk of the Royal Association. “I just get the requests from the Palace and I divvy them out to you project managers. It’s up to you to sort it out”.

Now Jack, besides being a reasonably competent project manager also happened to be reasonably well connected. Both by family background and by Lords and Masters he had served well in previous projects. He had nurtured these past contacts and could call on a number of influential people to ask their opinion, and this strategy had worked well for him in the past; he usually didn’t get it wrong. But this new project – no chance. Too ambitious, vast budget, at the limits of technology, reliant on a few key resources, it had all the makings of something waiting to go wrong. And to make things worse, the aims and objectives were as clear as mud. What on earth was the king thinking of?  And the chances of having a frank discussion with the king about his duties as project sponsor were vanishingly remote.

This story has a multiple-choice ending. Which one would you prefer to see?

The moral of the story – beware the absent sponsor. Recognise it as a pattern of behaviour that can and does occur. Select the outcome you would like to see, and act accordingly. 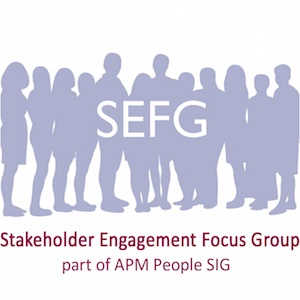 More blogs from Project Manager Jack in the land of long ago and far away may be forthcoming, subject to demand.

Note to the editor: “Browser” works in an industry where use of social media and blogs is firmly discouraged. To work around this, a nom-de-plume and a story setting a million miles from “here and now” have been required. He is, however, linked to the Stakeholder Engagement Focus Group...