Eighteen months ago the UK Government’s project delivery profession launched its Project Delivery Capability Framework (PDCF). The PDCF is an interactive framework where you can read about the roles, competencies and career paths in the project delivery profession across government. Prior to the PDCF being launched in May 2017 there was no consistent role profiles or competencies for individuals working in government projects and programmes. The primary benefit for the PDCF is that allows individuals to manage their careers not only in their current role but also aspired future roles. It informs people what the skills are for their role and also signpost to suitable learning including the full range of APM courses and accreditations. The role profiles and the competencies contained within the PDCF are now being used as the basis of a number of recruitment campaigns that are running across government.

There has been an enormous amount of interest in the PDCF. GOV.UK the website where it is hosted has received 30,000 hits. A lot of this success is down to the fact that over 100 people were involved over an 18-month period in developing the framework, a great example of collaboration. Indeed every single word in the PDCF was written by a government project delivery professional for government project delivery professionals. The PDCF is very much seen as an exemplar across other government professions. Key to this has been the great support from senior leaders in government including John Manzoni (chief executive of the Civil Service), Tony Meggs (chief executive of the Infrastructure and Projects Authority) and most importantly the project delivery heads of profession in each department who have really endorsed and promoted it. In addition to central government, there has also been interest from local government, the devolved assemblies and the private sector. Just a few weeks ago I was speaking with the Tokyo Metropolitan Government.

Feedback from users has been positive. A resource manager working in the Home Office said: “[The PDCF] provided me with a clear structure for the requirements of my role helping me better understand and focus on developing key skills.” A project manager in the Department of Health and Social Care explained: “Finding an opportunity to chart my professional development against realistic competencies has really helped me to understand areas of strength and development and plan for the coming year.”

Sitting alongside the PDCF is the Government Online Skills Tool (GOST). This tool allows people to assess their skills against a set of competencies, build a learning plan and identify learning. GOST is now being used across 10 government departments, several arms length bodies and the entire Project Delivery Fast Stream graduate programme. To date, nearly half of the profession has access to this tool. That is a staggering 5,000 people, and this will increase as more departments join. On a personal note I have delivered over 100 presentations of GOST and the PDCF since their launch. This included a couple arranged by APM. This has been a great learning experience for me and has involved speaking to several thousand people. It was a great pleasure to take part in a webinar in November 2017 arranged by the APM Benefits Management Specific Interest Group. This involved over 300 people many from outside of government who were keen to hear about what had been developed. The webinar is still available to view. I was also privileged to speak in March to over a hundred delegates at the APM Programme Management Specific Interest Group Conference in the impressive surroundings of SS Great Britain in Bristol.

The PDCF is one of a suite of products produced by the Infrastructure and Projects Authority, which acts as the government’s centre of expertise for projects and programmes. One of these products is the new Government Project Delivery Standard that project delivery professionals can follow to ensure they are empowered to deliver and government is setting up projects and programmes for success. There will be a webinar hosted by APM on 25 October, which will introduce the new standard. Keep your eyes out for that!

A particular highlight for me in this exciting journey was back in December 2017, when with my colleagues Tony Seigel and Megan Vandome who have played a huge role in this work, we attended the Cabinet Office Awards where the PDCF was nominated in the Skilled People category. It was a great honour for us to be runners up. All in all it has been a great eighteen months and the engagement with the PDCF and GOST has been tremendous. Here’s to the next 18 months! 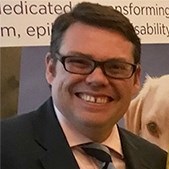