Conflict resolution is a key skill for project managers to master because conflict is a common reality in many projects.

As a starting point, I accept that not all conflict is bad and not all consensus is good. Creative conflict can trigger new ideas that are better than the original thoughts, and sometimes consensus creates an environment of ‘just going along with’ rather than speaking out and challenging when things aren’t being done as well as they could be.

That said, project managers have to pull together teams of people and organisations who each have their own, quite legitimate, agendas and it’s the job of the PM to bring those different agendas together and produce a result!

I asked members who arrived early to a recent branch meeting at which I spoke what the cost of conflict was, and in some cases PM’s were able to identify quite precise financial costs that they attributed to conflicts. One had to double their budget of £100,000, another project incurred a penalty clause costing over £1,000,000, as well as the less measurable impacts on the people involved. Stress and burnout are serious negative consequences, and not taken as seriously as they could be in many organisations.

Whereas the result of consensus, of bringing in a project successfully, with happy stakeholders, would presumably have positive consequences for your reputation, for getting people to work with you again, and on your personal job satisfaction.

So, how to turn natural, legitimate agenda-based conflict into positive, constructive consensus is the challenge. I will outline two elements that I think are key:

Firstly, how to get agreement on meeting the bigger goal. The first thing that needs checking is whether your goal is ‘the bigger goal’ or whether it’s just your goal, and of a similar importance to the others.  I believe it’s the job of the leader to set a context that is so inspiring, so motivating that the stakeholders buy into that bigger vision and relegate their own agendas to second place.

That statement is often challenged by people who use sport as an example. “When winning is everything, both opponents want to win, where is the shared/bigger context?” And when that is the mentality, it is hard to see the bigger picture, but I believe there is always a bigger picture. When Roger Federer competes against Rafa Nadal, both are t rying everything to win. But they know, when they compete in such a way that millions want to watch them, and that both of them share in the value created, so that the winner is ‘the game of tennis’ and the ‘loser’ takes home millions every year a bigger context holds the two smaller contexts of them each wanting to win. And their competing agendas actually support the bigger agenda. Neither of them wants to win so much that they would damage the bigger context.

Setting the context is such an important step to be taken at the beginning of a project, and highlights another lesson we can learn from the world of sport (and performing arts).

In both these fields, they spend the majority of their time training, practicing, planning what they will do, how they will do it, when they will do it etc. and a small minority of their time performing. Whereas in the commercial world, once people receive their initial training, they are expected to turn up at work and get straight to it. What do you think the quality would be of a play where all the actors turned up ten minutes before curtain up and went straight on stage?

Preparation before the project starts and investing in the team and the relationships in the team are critical and can save a lot of time, money and heartache in the longer term.

However, the reality of our world is that we often don’t do this investment. Why?

I believe it might come down to the way our brains are wired. Our brains are roughly 2% of our total body weight yet, use around 25% of all the energy we produce. It’s a very demanding organ. And so it has devised a number of unconscious methodologies that save energy usage.

Here are some common examples:

Assumptions. We make assumptions all the time, and the biggest problem with assumptions is that most of the time they are correct.  I’m sure you have had the experience where you’ve had a thought about something and then it came true? When we are ‘proved right’ we get a little ‘hit’ of dopamine, the chemical reward our brains experience. Because this feels good, it actually encourages us to do more of it.  Which is fine as long as our assumptions are correct.

Biases. We have many different unconscious biases, which impact on the way we think, the way we act, and the way we speak.

The potential problem occurs when one person’s assumption or expectation or bias impacts on another. For example, can you recall a time when someone made an assumption about you that wasn’t correct? Most people can recall many occasions when this has happened to them. Although the consequences can vary from situation to situation, in most cases the impact has been some negative effect on the levels of trust between people, and the relationship is negatively impacted.

When you begin to lose trust with someone, or some organisation, we tend to be more on our guard, less collaborative, more protective of ourselves. This is our Darwinian selves taking over, ensuring our safety. And then who’s agenda becomes the most important? Our own of course.

Many conflicts occur because of some unconscious communication, that may well be misunderstood, but still causes damage to the relationship.

The best advice I have is to do the following: 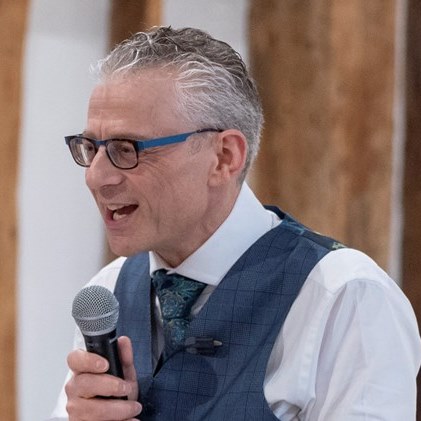 Nick Simmonds is the founder of Conscious Communication, a new methodology that works at the intersection of neuroscience, communication and personal development.

Project managers know that communication is a foundation skill; and the latest discoveries in neuroscience have helped us understand what is happening in our brains as we communicate, so that we can avoid common pitfalls such as misunderstanding, assumption, and bias. Instead, our clients are finding that they now have increased levels of understanding, collaboration and creativity.

Nick is available as a speaker, and has spoken to the London branch of the APM, most recently delivering his keynote: From Conflict to Consensus.