According to the Office for National Statistics (ONS) the percentage of graduates in the UK has been rising steadily from 24% in 2002 to 42% in 2017. This rise is due to educational changes that have been taking place since the 1970s, making it more common for people to attend university.

A university degree has traditionally been viewed as essential in some industries in order to embark on, and progress, in a chosen career and this is typically the route that most project managers have taken. They generally enter their chosen industry as a new graduate, develop industry experience and then progress to becoming a project manager at a later stage.

This change has already started to happen but there remains an issue with the perception of apprenticeships in the UK (unlike in countries such as Germany).

An image of a typical apprentice doing some form of manual labour is fairly well-ingrained in our national psyche and might be one that is slow to alter so we need to raise awareness of the difference between the various apprenticeship levels and also the fact that Higher level apprenticeships lead to degree-equivalent qualifications. Few of the wider public are aware of these distinctions but I hope that we can alter this perception amongst the wider business world and those people who might be in a position to embark upon a higher project management apprenticeship; for them to be truly successful, higher apprenticeships must be perceived as equivalent, if not better than, certain degree qualifications.

While writing this I've been trying, and failing, to think of an alternative name for a higher apprenticeship that would immediately conjure up an image of a well-educated and experienced professional. Answers on a postcard please (or in the comments if you prefer…).

Paul Naybour is the Business Development Director for Parallel Project Training. He is a well-known speaker in the APM Branch Network, a Project Management Trainer and Consultant. He is also one of the voices behind the popular series of APM PMQ podcasts. 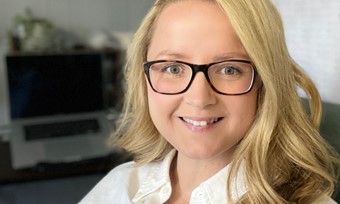