Almost all projects involve a supply chain, and the cultural, commercial and geographic gaps between members of the supply chain can lead to catastrophic quality issues, both intentional and unintentional.

Intentional issues include forgery of components, where delivery paperwork says the product is the real thing when it is really a shoddy imitation that will fail quickly with a potentially enormous cost to repair. For example, valve handwheels newly fitted in one plant shattered under hydraulic hammer shock loading, preventing the valves from being operated until new wheels were found. The valve handwheels were counterfeit and proved to be the wrong material entirely. This happens in IT projects too, where over-selling is a major issue. In one programme I set up, a supplier assured us again and again that their product could do the job we were asking for and six months later it was proven that it couldn’t. My client was willing to accept their assurances without a suitable reference site being offered, a clear learning point. Another client was offered assurances from a software supplier that their product was compliant with regulatory standards. Being responsible for compliance I wouldn’t accept the assurances; testing revealed several non-compliances that would have hit my client very hard.

More common is cutting corners to save cost because ‘it won’t make any difference’, causing unintentional impacts. This is often due to suppliers’ lack of knowledge or information on what does make a difference. A pressure vessel for nuclear use was found (fortunately before use) to have pipes that had been bent back into shape after welding, introducing dangerous stresses and micro-fractures. This manufacturer had a long track record of meeting quality standards but had been bought since their last quality audit. The new management had tried to increase profit by cutting corners and were ignorant of why their new practices were unacceptable. Worse, when the military specification, extra robust and damage tolerant component previously used in deep sea well-heads was discontinued, a lower specification component was accepted by the procurement team of an oil and gas company, proudly saving around $200 each. These components failed at a total cost to repair of over $1bn.

Why does this happen?

In my experience, the primary driver is the silo mentality i.e. ‘us and them’, enshrined in most company structures and contractual relationships, which tends to focus on money and transactions rather than collaboration for success – witness the Channel Tunnel project grinding to a halt when costs rose substantially.

If the project is split into many separate groups focusing on their own financial interests, trust and communication both suffer, damaging understanding and team-working across the project. As communication is vital to everyone understanding what will make a difference, quality is bound to suffer as a result of poor communication. This view is reflected in the construction industry’s NEC range of contracts that seek to switch the relationship from adversarial to collaborative.

I was delighted to interview leaders of the project that delivered the Rion Antirion bridge in Greece, a hugely successful project as it opened four months early, on budget and with no deaths during construction. The deputy project manager attributed the project’s success to the team spirit forged over the whole supply chain, driving quality and preventing typical corner-cutting.

Top tips for improving quality through the supply chain

I'm a project and programme consultant, dealing particularly with complex and innovative projects in IT and business change.  My claim to fame is that I led a major IT project for the NHS that completed successfully, on time and on budget, going on to win 4 prizes including a Queen's Award.

I also teach and mentor project managers at all stages of their careers. I've been a visiting lecturer at UCL, the University of Cumbria, and University of Manchester, teaching Project Management on their programmes. I'm heavily involved in the Systems Thinking SIG and currently Chair.  My first book was published in 2018 by Taylor and Francis, "Project Success and Quality: Balancing the iron triangle" is another 'leg' to that outreach. 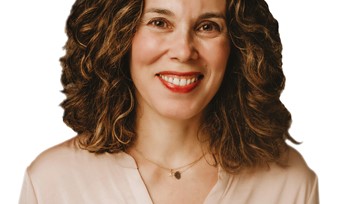 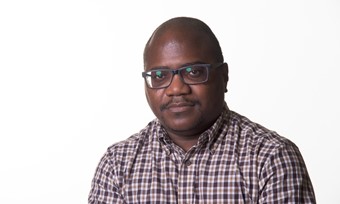