I started my journey at 22. I’d worked, travelled and been to university, but this was where my 50k at 30 goal began. I had applied for 15 jobs and received only two interviews – one with a local painting and decorating company as a trainee surveyor and the other with the MOD as a project manager. I accepted the first at £19k in 2017 and then the second three months later when the MOD offered £29k. Four years, four MOD jobs and a double promotion later, I am 26 and have just accepted my second promotion as a senior project manager.

Although I don’t believe in having to prove yourself to other people, I do believe you have to earn their respect. Currently, I am in an all-male team of military or ex-military employees, most of whom began their careers before I was born. While fortunate enough to have a supportive team close at hand, being a young manager in an organisation with an average age of 46, I have experienced ageism in almost every aspect of my career to date.

While ageism hasn’t prevented my career progression so far, earning respect from those around me has proved more challenging. I recall a major meeting in 2019 where I was the lead systems integration project manager for the country’s next Main Battle Tank. I witnessed a contracted counterpart shake the hands of every stakeholder in the room but miss me out under the assumption I was only there to run the slides and take notes.

I recall a contract negotiation where I was the bid manager for the most expensive project in Defence at the time, where the opposition asked how old I was, only to act surprised when I simply responded: “I am the lead bid manager for Dreadnought.”

My goal of 50k by 30 was born out of a desire to bust the misconception that average-grade people should settle for what they have.

As I climbed the pay scale, first through rewards schemes, then through promotion, I became more confident. Going from trainee with no delegated authority to project manager responsible for my own projects, I felt more powerful when it came to managing my own goals and I realised I was beginning to have greater influence on the people around me. I soon became the one who extended my arm to shake the hand of the opposing party before they could. I would assert my role on a project before I could be asked and was proud of what I had achieved regardless of my age or time in post. This new-found confidence wasn’t because ‘money is power’, it was because I really wanted to earn it.

1. Dress the part, act the part

Although ‘power-dressing’ unquestionably contributes to your ability to influence, dressing ‘the part’ goes beyond tailoring and nice shoes. From how you brief your team in the meeting room to what you say over lunch, I’ve learned not to let my guard down. It’s great to have friends at work but remember to distinguish between work friends and social friends – there is a distinct difference and blurring the lines affects your professional judgement and others’ professional opinions of you. While treating colleagues with respect is at the top of my list of ‘must-dos’, that doesn’t have to mean being in on the joke at the cost of your professional standing.

It might feel like a ‘dog-eat-dog’ world, but the myth that we have to stamp our way to the top is far from reality. It is true that we have to fight our own corner – no one else will help you without notably helping themselves as a result, but we mustn’t see colleagues as competitors. Just as much as we want recognition for doing something well, acknowledging others’ success is key to identifying areas of our own professional growth as well as building powerful networks for the future.

After a series of high-profile, fast-paced posts, it might seem timely to take a slower position to catch up on some much-needed recovery – earlier finishes, time for training and professional development, a break from ‘urgent’ demands. This couldn’t be further from the truth. While some people thrive in a calmer working environment, project managers depend on urgency and demand to perform – or else, why do the project at all? While there may be a ‘good’ time to slow down, a change in pace doesn’t mean it has to be easy, and if you’re finding it so, it’s not the job for you. While knowing your limits is important, diving in, thriving on learning as you go and relishing the uncertainty is often what we need to get the best out of ourselves – the minute you feel like you belong, it’s time to move on.

If you follow the ‘never settle’ rule, you’ll never be ready for your next job. Deciding to move on before you settle means you’ll still feel the challenges of the job you’re in and question your ability to do the next big thing. This isn’t about wasting interviewers’ time because you’re applying for something too out of reach, it’s about identifying where you want to go next and what the most appropriate route for getting there is. Applying early means you’re more likely to fail, but it also means you’re more likely to learn what else you need to do before you get there.

Despite everything I’ve said about thriving on pressure and fast-paced environments, no matter how much your project demands your attention, never underestimate the value in taking time out. Spending an hour in the morning with your emails closed to plan your day ahead and think about your personal goals can help focus your mind and tidy things away before you start clogging your brain with more ‘stuff’. This time is invaluable when it comes to giving yourself the attention you need to reinforce the importance of everything else we’ve discussed. 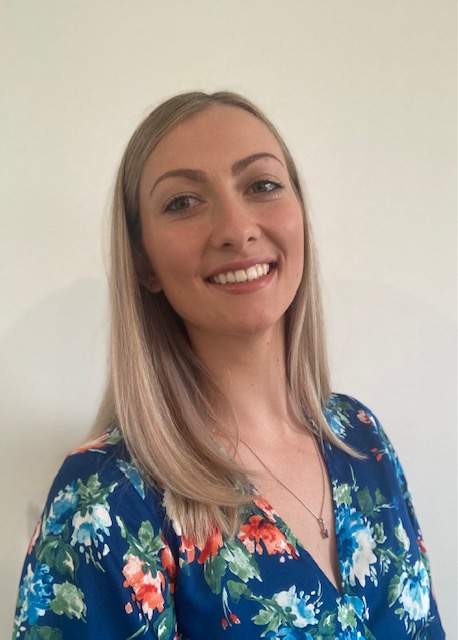 Daisy Milton is a qualified project manager with experience in commercial, strategic and technical fields. With the bulk of her civilian career having been in the defence sector, Daisy is now moving to the Ministry of Housing, Communities and Local Government. Daisy is also a member of APM and currently undertaking an MSc in Defence Acquisition Management.