Knowing how to define and manage critical path is accepted as an essential skill for project managers. Indeed, the implications of something being "on the critical path" are well understood by people involved with a project, technical and non-technical alike.

However, there is another kind of ‘path' that is far more important to project success. That is the concept of path dependency. It is not part of the universal language of project management but should be.

How are the two different and why does it matter? Tracking how the critical path moves around as dates and resources are adjusted and managing the consequences of any slippage, is all part of the standard project management tool-kit. Indeed, active management of the critical path is seen as a key reporting focus to the steering committee to avoid project overruns, and to ensure the project is a success by the orthodox measures of on-time-and-budget.

Measuring success by the wrong measures
However, when we measure project success in on-time-and-budget terms, we effectively measure success by the inputs used in the project, rather than by whether the project produces an output that is of value. Thus, we are prioritising the control levers over the inputs, which may then result in decisions that destroy the project's output value.

It's like measuring the success of the new family home you are building by whether you used all the bricks and timber budgeted, i.e., it's a bit dumb. Time and cost are important but only relative to the value achieved. For your new family home, your desired outcomes – defining how you to want to live and raise your family, enjoy having friends to visit, having space to care for elderly parents and so on – are what you intend to achieve. If you don't achieve the desired family lifestyle, it doesn't matter if you are under-time-and-budget. Your house project is still a failure.

The right measures of project success - value and results
Project success should be measured by what the project produces – the desired outcomes, benefits and investment value delivered. Once business executives and project managers come to realise this, understanding how decisions impact value becomes crucial. This is where the concept of path dependence becomes relevant.

"How the set of decisions and options possible at any point and for any given circumstance is limited by the decisions one has made in the past, even though past circumstances may no longer be relevant."

Translated into everyday language that means:

Every decision that you make on a project determines what the project can achieve, both now and in the future!

Path dependency is a concept most people understand intuitively. Each decision either preserves and opens up options or closes them down. Your project today is the cumulative result of a series of past decisions that lock in a future where you either can or cannot ever get to where you intend to go.

If you wish to ‘undo' some of the impacts of previous decisions – based on path dependency – you may need to retrace to the point where the decision was made, undo the decision and make a new one. Sometimes, this might mean going back to the beginning of a project (especially if you've bought the wrong software).

A simple metaphor is to think of path dependency as a set of railway tracks. If you are at a terminus station, you can have a wide variety of destination options. However, as you move forward and select certain tracks – make decisions and choices – you will reduce the number of destination options until you only have one. If you then find that you are ‘on the wrong track', you need to go back to that point in the journey where you can switch to the right track.

When you clearly define what your project is to deliver - as a series of carefully crafted desired business outcome statements - you can then link these into a path dependency map, which shows the relationships visually and makes it easy for everyone to understand and debate the consequences of those decisions. You then have a powerful and influential decision-making tool which enables the right decisions to be made to maximise project value.

Making decisions to maximise project value
When the path dependency for the project outcomes is understood, the steering committee can thoroughly think through each decision and the longer-term impacts before making it.

A real-life example - a company was constructing a new quarry.

One of the desired business outcome statements crafted by the steering committee included the phrase "supply-to-customer cost in the lowest quartile".

The project was about to construct the rail line to transport gravel from the quarry when the steering committee discovered that the route chosen for the rail line, while cheapest to build, would not be the lowest cost to operate. Once built, the siting of the rail line would be impossible to alter.

The steering committee decided to spend a little more to reroute the line so that it would be the cheapest to operate over the 50-year life of the quarry.

Incidentally, as the rail line construction was on the critical path, this change increased both the time and cost of the project. The steering committee made the change confident that it would deliver the project's stated desired business outcomes.

In this case, path dependency influenced the steering committee to make a decision that was very different from the one they would have made if they only considered time-and-cost. Indeed, by orthodox measures, this project would be counted as a failure. Yet the decision made was the correct one to maximise the project value delivered.

Simplistic decisions driven by only by time-and-cost criteria, without considering the path dependent implications, can mean a project will never be able to deliver what is intended and it would be better to stop the project altogether.

In summary
While critical path influences on the inputs and cost of the project, path dependency is far more important because it determines the output value.

When business and project managers understand the path dependency for the project’s outcomes, they can make the right decisions to maximise options at any point and work on activities in the correct sequence, so the project delivers the maximum value intended. 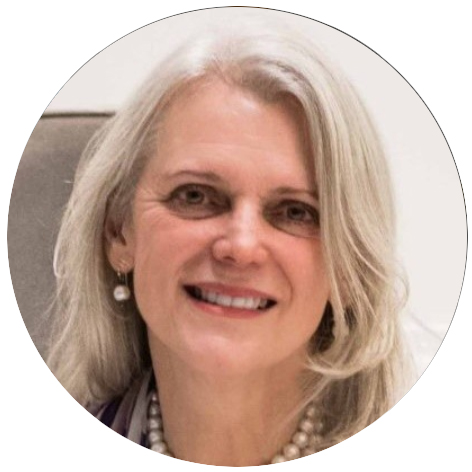 Alexandra Chapman is a thirty-years-plus veteran in the strategy execution domain, with vast experience helping organisation achieve value from their projects. Working together over more than two decades with her late partner Jed Simms, she has pioneered new learnable and teachable models, tools, techniques and processes - TOP Thinking - to help every person in every organisation execute projects and deliver the value.

Totally Optimized Projects was recognised for its innovative intellectual property by Gartner with a “Cool Vendor” award in 2011. Alex teaches at Melbourne University on innovation and entrepreneurship with IT, writes occasionally for The CEO Magazine and was recognised by Cranfield School of Management as one of its 50 notable faces for its 50th anniversary celebrations.