Finally, it appears the future of the 2012 Olympic Stadium has been resolved with West Ham United winning out over Tottenham Hotspur’s proposal to knock it down and replace it with a football stadium.

Tottenham argued that only football could draw the crowds required to turn the stadium into a long term financial success. Manager Harry Redknapp warned, pragmatically, that “Half the seats would be empty and it would become a desolate graveyard for a once-great club.”  Supporters of the West Ham bid, including Lord Coe, talked of the “moral obligations” and “maintaining reputations” amongst the international community in keeping the stadium’s athletics facilities.

These discussions are common within project management – the ethical versus the practical – what can you do and what should you do? Project managers, of course, are ‘can-do’ people – if you present them with a challenge, they will instinctively rise to it.

It sometimes paints the project manager as a corporate gunslinger, a hired gun who sorts things out and asks questions later (or not at all). Being a corporate John Wayne, or perhaps more contemporarily, Vincent Vega, is quite a seductive image. But as respected project professionals, is this enough?

At the APM Project Management Conference, Sir Peter Gershon said “... professional project managers, if they see common failure modes being exhibited in a programme they're being asked to manage, they should flag that up and, hopefully, if it's early enough in the project, avoiding action can be taken.”

APM Registered Project Professionals will be asked to sign up to the APM Code of Professional Conduct which will require them to do just that. They will be bound to ask not just ‘can we do it?’, but ‘should we do it?’

So, what is the right ethical code for project professionals? The code talks of ‘integrity’ and ‘health and safety’ as its main tenets; the risk of death and injury or criminal activities are reasonably easy to identify as a breach of any code of ethics. However, many of us will never be put into a position where we are challenged in this way.

What about the more subtle ethical challenges? ‘Risk suppression’ and the ‘conspiracy of optimism’ are both more prevalent and both contribute to project failure. What about the dark arts of project management that don’t feature in text books – the tricks you learn to get the job done like the withering look you give a client who suggests an improvement you could make, but really don’t want to.

Other professions are equally challenged. Lawyers are obliged to represent those who are criminal or amoral. Doctors aim to cure regardless of their patients’ race, sex, past history, political or ideological views. There will be times when they will be challenged personally, but their commitment to their professional obligations rule over any personal perspective they may have.

I would argue that the emergence of the responsible project professional and the APM Registered Project Professional designation marks a significant shift in the way the profession will operate. A demonstrably competent and ethic practitioner builds trust, status and recognition. These are the benefits, but it doesn’t make understanding or applying the ethical code any easier. 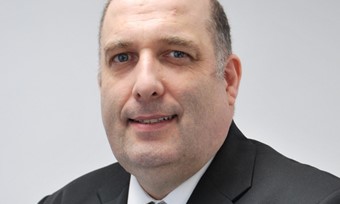