The construction industry has a homogenous problem; the higher up you go in the industry, the less diverse. In 2019, recruitment firm Hays conducted a study and found that 78 per cent of black workers in the construction industry claim to have experienced restrictions in their career progression due to their race or other protected factors, such as age or sexuality. In the same report, 60 per cent of all workers believed that their leaders have a bias towards people who look like them. The bias towards people who look like the leaders has created an industry with a real diversity problem.

The problem with diversity of thought

I believe that a part of the problem stems from the concept of diversity of thought. And for years the construction industry rested its laurels on the premise that diversity of thought was enough. Diversity of thought is the idea that people in a group do not need to look different or identify with an underrepresented group to bring diverse viewpoints to the table. Proponents of this approach argue that the way someone expresses their opinion, eclectic personalities and leadership styles are more important than one's gender, race, ethnicity, sexual orientation, religion, disability etc. However, research shows that this undermines the spirit of diversity, equity and inclusion (DEI) efforts.

Diversity of thought has been a footstool for the status quo. We see this in the census (2011), where 14 per cent of the UK population identified as black, Asian or minority ethnicity (BAME), but only 7.4 per cent of the construction industry is BAME. The Construction Industry Training Board (2015) conducted a survey and found that around 4 per cent of the industry identify as being BAME. The APM Salary and Market Trends Survey 2020 revealed that the project profession broadly aligns with the UK with 12 per cent identifying as BAME, but more work is needed to encourage the BAME community to join the project and construction profession.

Diversity of thought has allowed some industries, like construction, to continue hiring and promoting people who look like the leaders, and we have inherited an industry that does not reflect the society in which it exists.

A shift to diversity of representation

We need to move away from a homogenous group of people who believe that they can represent diversity only by their thoughts. What is lacking is diversity of representation where the room is filled with people from different backgrounds, ethnicities, religions, sexual orientations, gender, disabilities etc. Real diversity requires us to have people who do not look like us around the table to share ideas, experiences and lessons learned. It reflects society. Diversity of thought without a diverse representation is the status quo.

We need diversity of representation at leadership levels. Look at any construction organisation or project, and you will find that the bulk of the BAMEs, are at the bottom of the pyramid. At the senior management, director and board levels, real diversity is still lacking.

We only need to look at FTSE companies to understand the gravity of the situation at hand. The Parker Review (2017) recommended that no FTSE 100 board should be exclusively white by 2020. The 2020 Update from The Parker Review, concluded that while 11 per cent of FTSE 100 companies and 4 per cent of FTSE 250 companies had plans to increase ethnic diversity in the succession pipeline, most set their focus on general progression rather than on senior management. In other words, there is no impetus to increase diversity at these levels.

The case for diversity of representation

Having diversity at all levels of an organisation will improve project delivery and the organisation's bottom line. Wu et al (2019) surveyed 246 project professionals and found team diversity impacted project performance. Recently, the Project Management Institute did a survey on the Value of Diversity (2020), and it found that 88 per cent of the participants believed that culturally diverse and gender diverse teams increase project value. Also, 83 per cent of the participants felt that international team members increase project value. Regarding the bottom line, the Boston Consulting Group (2018) found that diversity increases this for companies. Looking at 1700 companies in eight countries, the Boston Consulting Group found that increasing diversity of leadership teams lead to more and better innovation and improved financial performance. Innovation, improved project delivery and increased profitability are some of the benefits of diversity of representation. The case for having diversity of representation is therefore well placed.

Real diversity allows people, who look different, speak differently and identify themselves differently, to be in the same room. In the room is where they can tackle serious issues, bring different viewpoints and bring about a change that we all so desperately want to see in our profession.

It is crucial that industry leaders ’read the room’. Society is ready for a shift. People now want to see diversity at all levels. We now understand the benefits of diversity of representation, and now is the time to enable change. The industry needs to take more responsibility. There have been numerous reports, reviews and suggestions on how to increase diversity in construction. What we need now is some action and momentum to get DEI initiatives properly embedded, respected and implemented. 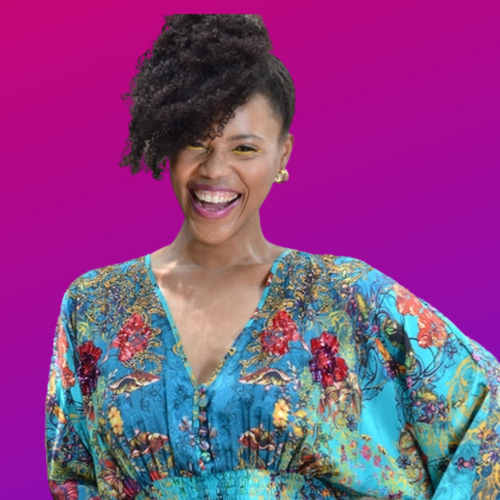 I am Patricia Haywood, founder of Master Buildhers. At Master Buildhers we help women working in male-dominated industries to make their own tables by starting, running, and scaling businesses.

I have always worked in male-dominated industries. I have had a portfolio career, having worked in law, oil & gas, financial services, offshore wind, renewable energy, rail & transportation and most recently, construction.

I know first-hand the issues women experience in these industries. I know that most women sit at the bottom of the pyramid, doing a lot of work for less pay and more stress.

I am a trained Attorney-at-Law, qualified in three jurisdictions. I have studied in Barbados, Scotland, England and France.

I hold three masters degrees, most recently obtaining a Masters from the University of Oxford Said Business School. I have worked on some of the most famous major projects costing upwards of £1 billion. I have led commercial teams on numerous projects and I am a programme manager. I am a qualified construction adjudicator.