As APM celebrates the winners of its Project Management Awards 2021, us lesser mortals are left to consider what helped them achieve the top spot. In other words, was there one common success factor that tied these winners together (aside from excellence in project and programme management, obviously)? The answer, it would seem, is that it’s all about the people.

First, it’s about the people the winning projects serve, whether that’s NHS patients, the local community or business customers. Each winner was able to clearly identify the important specific and broader benefits their project would deliver and how they would improve the lives of individuals.

Take, for example, Overall Project of the Year winner Medica Reporting, whose tech project to introduce artificial intelligence into teleradiology workflow (relating to the transmission and display of radiological images) ultimately means patients who have suffered a suspected stroke will be diagnosed faster. When every minute counts, this is a hugely important innovation.

Winner of APM’s Social Project of the Year, the Managed Quarantine Service for the Department of Health and Social Care, was a rapidly executed project that the Infrastructure and Projects Authority recognised as “an astonishing feat”. It established an effective hotel quarantine service for passengers to the UK from countries categorised as high risk for COVID-19.

Within four months of being announced, the project had extended to 60 hotels accommodating around 19,000 passengers at any one time. Without such an effective project, the two to three per cent of guests who were identified as having COVID-19 would have entered the wider UK population.

And we cannot fail to mention APM’s Special Recognition Award for NHS Charities Together, whose swift response to the pandemic, which raised £150m, combined with Captain Sir Tom Moore’s £33m legacy, means that NHS staff, patients and volunteers will benefit from 240 member charities’ extra support.

Looking after and developing the individuals on your project teams is the other side to the people success story. As winner of the 2021 Contribution to Project Management: Company or Consultancy Award, Balfour Beatty takes great pains through its Project Management Leadership Group (PMLG) to develop and communicate best practice, develop talent and increase diversity. In 2020, it launched a Shadow PMLG, which is a nominated group of project managers who bring a diversity of thought from across the business to deliver organisational change and development projects

It’s not just about top-down policies, however. Bottom-up initiatives can be some of the most engaging and effective ways to motivate team members. In September 2018, Balfour Beatty launched ‘My Contribution’, a Yammer-based engagement tool for employees to raise their ideas and share innovations. The ideas are reviewed by expert panels, which decide whether or not to implement an idea more widely and put a team in place to support the delivery.

My Contribution has been a big success, with over 7,600 ideas submitted and 1,268 developed into projects delivering cost savings of over £31m, according to Balfour Beatty.

P2 Consulting, winner of the Contribution to Project Management: Small to Medium Enterprise Award, also impressed the awards judges for its commitment to the development of its people and its clients, especially the way learning from projects is shared and used on future assignments. For P2, success is leaving a client organisation more capable than it arrived – and being an excellent project manager is no longer just about classic project delivery but a wide range of technical and soft skills, as well as knowledge of the end-to-end delivery cycle and a strong grasp of digital techniques, such as automation and predictive analytics.

However surely no project professional in this year’s line-up could claim to work on a project with a broader people reach than John McNamee. As project manager of NASA’s Mars Perseverance project at the time of its launch, the benefits of the mission he led will serve the whole of humanity, and it doesn’t get much bigger than that.

Delivering such a positive project during a time of great adversity and challenge went a long way to lifting the spirits of the public worldwide and remains a great achievement to celebrate.

Check out the full list of APM Award winners here.

Don’t forget to listen to the APM From the Frontline podcast with current NASA Perseverance project manager Jennifer Trosper here. 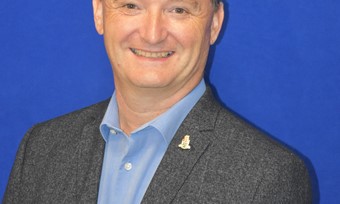