What do the city of Montreal, the 2012 London Olympics, and the UK Borders Agency have in common? They are all examples of organisations coordinating complex projects that encountered significant problems:

• An $11m Montreal overpass had to be demolished less than a year after completion because its positioning did not fit the redesigned road access to a nearby bridge, also under redevelopment.

• G4S were contracted to provide up to 10,000 trained security personnel for the London Olympics. However, they failed to recruit and train enough people, resulting in nearly 3,500 military personnel having to be drafted in to plug the gaps.

• An advanced border control and security programme, initiated by the UK Borders Agency, had to be scrapped before completion, in part due to complexity being underestimated. The project termination resulted in a £224m settlement in favour of the IT system suppliers.

The reasons for the failings in these projects are, of course, varied. But common themes of a lack of effective decision-making and an underappreciation of the size and complexity of the ventures emerge in all three.

Today’s world is ever-changing and challenging, and complex projects are often subject to disruptions due to changes in technology, globalisation, economics and society. So how can we make decisions about such major initiatives more effectively?

Decision-making and how we manage projects should depend on the balance between what we know, what we don’t know and what we think we know (i.e. our assumptions). In other words, strategic decision-making needs to become more discovery-led. This is a fluid, dynamic and iterative approach which is more suited to contemporary contexts.

Discovery-led decision-making applies a cycle of three phases: experimentation, scaling and re-framing to make meaningful progress when confronted with confusion (see Figure 1 below). This cycle enables you to interpret the information available, frame appropriate choices and convert chosen ideas into reality by exercising control and coordination appropriately. Experimentation
When our unknowns and assumptions outweigh our knowns, we should Experiment. Experimenting helps convert unknowns and assumptions into knowns, through generating just enough insight, testing assumptions and trialling approaches. When the world is harder to predict, moving from analysis to action faster can be beneficial. Action generates relevant information which can help drive a project forwards. Netflix, Facebook and Amazon are all on record as being avid experimenters. But experimentation can take many forms, and is not just for tech companies. Consumer goods giant, Procter & Gamble, uses simulations to test multiple versions of products in seconds and gauges customer reactions in virtual store environments.

Scaling
When unknowns and assumptions have been reduced to a tolerable level, and we’ve figured out what works, we then need to Scale. Scaling recognises the distinction between a business model (how the enterprise creates value) and a management model (a particular way of working, with an associated mindset and behaviours). Scaling aims to spread solutions that work more widely. In any scaling operation, there is a choice to be made about employee autonomy from total standardization, a top-down approach with little or no autonomy, to a middle-out approach where employees can use their discretion. Waterstones is an interesting example here. The organisation suffered years of poor results when owned by HMV Group, who favoured a prescriptive top-down model. HMV eventually sold the ailing bookseller. The new management adopted a different approach by allowing individual store managers the autonomy to select and tailor their book offerings according to local customer tastes, resulting in greater success. This type of middle-out approach can be particularly useful in volatile and uncertain environments.

Framing
Finally, we need to beware of a trap peculiar to fast-changing environments: namely, solving the wrong problem precisely. To minimize the risk of stumbling into this trap, we need to Frame. Framing cautions against an over-reliance on existing knowledge – dangerous in turbulent times. Sometimes we are so caught up in trying to solve a problem that we fail to recognise that the answer actually lies in solving a different problem. The story of the Kremer prize illustrates this nicely. In 1959, a £50,000 prize was offered to the first person to build and fly a human-powered plane around two markers half a mile apart. Despite scores of attempts, the prize remained unclaimed nearly two decades later. Dr. Paul MacCready, an American aeronautical engineer, realised that everyone was over-fixated on the challenge’s theoretical aspects. Instead of working on the problem of how to power it, he focused on the problem of how to build it. By building and testing minimally viable proof-of-concept prototypes, he was able to learn faster than his fellow competitors. Within six months of trying, he successfully flew the course in his Gossamer Condor plane and won the prize that had been on offer for 18 years.

Discovery-led decision-making advocates three different modes of decision making (experimenting, scaling, framing) because they require different types of thinking, different areas of focus and varying attitudes to risk. Complex problems, like the projects mentioned at the beginning of this article, require multiple perspectives and multiple modes of decision-making. Furthermore, because the decision-making cycle is discovery-led, it allows you to quickly adjust and adapt your approach based on what you learn, crucial in an uncertain world. 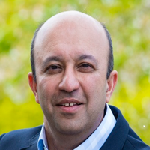 Ben Shenoy explores, decodes and narrates how behavioural science can help us untangle organizational dilemmas in perplexing times. He is a Visiting Professor at the London School of Economics, and Director of the Business Insights Lab at the University of Surrey. Ben holds a PhD in Organizational Behaviour from Harvard Business School.

Ben’s first book, Strategic Decision Making: A discovery-led approach to critical choices in turbulent times, was published by Kogan Page in 2018. He can be found online at BenShenoy.com and @BenShenoy.