Its often been said that making time for a cup of coffee with a client can be immensely rewarding. Whether it be instant, filter, or freshly ground the moment created by the humble coffee is one in which relationships can be forged, concerned shared, and (sometimes) a new approach to a problem can be found. There are occasions when a coffee, rather than an e-mail or a text message is the order of the day.

I was recently reminded of a knowledge sharing system a colleague described to me which was used in his organisation for many years quite successfully, long before computers began to appear.

Once a week the team would have a coffee morning. The way the system worked was this: the coffee area had a row of pegs on one wall, when you arrived at work on the day of the coffee morning you would hang your mug on the peg and then head on up to your desk. As others arrived they could see who was going to attend by which pegs had coffee mugs. So Doug might arrive and see that Johns mug was on the peg, reminding him that there was something hed been meaning to ask John about. At 11am (coffee time) Doug would head down to the coffee area bringing with him the drawings or documents he wanted to discuss with John. Doug and John would fill up their mugs, lay the documents out on the table and talk the issue over. Of course they could have chatted about this at any time, but at any other time they tended to be too busy...

Today the coffee system has been replaced by the lessons learned database, the project extranet, the ubiquitous e-mail. For a while it seemed that the introduction of the personal computer meant that conversation over a coffee had been replaced by the electronic transfer and retrieval of information and messages, and many of us began to feel the effects of information overload, the electronic tail was beginning to wag the dog.

Over the last few years the sense of information overload has for most of us continued its expansion, perhaps because of this you may have missed something else which is beginning to emerge, online systems are moving from information spaces towards being social spaces. We see this trend with twitter, Facebook and LinkedIn, and these systems are beginning to influence the design of our corporate systems also. Some of the new social tools aim to connect people and support virtual conversations, others provide a means to search for colleagues who have particular skills or experience which they have published on their online profile.

Just last week I used my organisations online system to reach out to colleagues on a particular topic, interestingly having connected using the software we used our online chat system to arrange to meet when I was next visiting his office. A few days later we did meet up for a valuable knowledge sharing conversation - naturally this was over a cup of coffee!

Does your organisation provide tools to help you find, connect, and have conversations with colleagues? How well do these work for you?

Reporting to the Group Chief Digital Officer (CDO), responsible for the creation and implementation of the global knowledge and collaboration strategy for Atkins. I am product owner for digital collaboration tools, driving a cloud-first strategy through the implementation of virtual collaboration and enterprise social. My role is business and people focused, utilising agile project management methods and adaptive leadership to frame the organisational challenges and unlock collaboration. Digital networks have progressed from being an enabler - to becoming an organising principle of collaboration. Communities are a core focus for me: connecting people across our global business and beyond the organisation. Communities in turn support the development and progression of professional and technical practice, thought leadership and innovation. I am excited by the opportunity which is being created by digital, by ‘the second machine age’, and the potential for these developments to free people and resources to drive business and customer benefits, and to transform the built environment and our impact on the natural environment. I am a co-founder and committee member of the APM Knowledge SIG 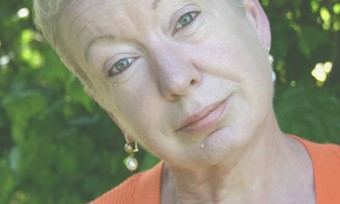