My mother has a mug with the slogan “waste not, want not” emblazoned upon it. For her and others of her generation thrift and the avoidance of waste are ingrained. She was a child during WW2 and grew up in an era of rationing where luxuries were unheard of. Getting an orange for Christmas or a paper bag were things of wonder and delight. I sometimes wonder if in our age of abundance and instant gratification we may be missing something.

Are we as members of subsequent generations oblivious to the crime of waste?

This thought occurred to me after reading yet another study into project failure and the loss of value failed project investments represent. How did we get to a point where it is acceptable and even par for the course for huge sums of money to be invested in projects that fail to deliver?

The article stipulated the following crimes:

It is worth analysing each one of these points in turn.

Approving a project without a business case sounds to me like an abdication of responsibility. If an organisation is going to sanction a project and its associated investment cost surely it should do so with some kind of rationale? Do the people signing off projects without a business case employ the same cavalier approach to their personal finances, buying goods and services for their own benefit without any expectation of realising value for money? I would hazard a guess that they are a bit more circumspect when it comes to spending their own money.

No metrics in place
Flying blind, in other words being blissfully unaware of true status. Are we on track, how is quality being managed and assured, will the expected benefits be realised or in other words is the business case still valid? Well if there is no business case at least there is one less thing to worry about.
I have met numerous people over the past 20 years who are resistant to the notion of planning, there have been some amusing objections made by these folks the more memorable being:

“I have managed so far without plans; why do I need one now?”

“a plan just gives the illusion of certainty!”

“why bother, things will get changed anyway?”

The first one amused me and my counter to it was congratulations on being so lucky so far but what if something went wrong or you ended up under a bus, how would you or your organisation recover? This was greeted with grudging acceptance that I might have a point.

The second one just amused me. To my mind a project plan is a guide rather than an absolute timetable which is the misconception some people can embrace. I often use the analogy that a plan is like a map, you know where you are and you know where you want to get to. The plan sets out the direction of travel and gives you something to measure progress against. If you ever check Google Maps or MapQuest, their directions break down to every segment of the journey but do you ever reference and check every step of the way? Probably not, but if you are going on a journey and you get to the motorway junction within 25 minutes of leaving home you may know that is pretty much in line with expectations.

A plan can also be a source of comfort, quite the opposite of being an illusion. The Cambridge University Psychologist Doctor Nick Baylis once observed that it is an innate aspect of human nature that we take comfort from making progress, if we feel we are getting somewhere rather than being overwhelmed we feel better in ourselves. So the project plan as a comfort blanket, what a nice idea!

The third objection is quite common and a tad depressing as it suggests that the individual has become cynical towards projects most likely due to previous projects they’ve been involved in being poorly conceived or executed.

Well at least some organisations use financial metrics, some of the time. I will return to this subject in a subsequent article.

Realigning budgets
The first two points can to an extent be influenced by a project manager or the PMO function, the third is a lot more troubling as it is an organisational issue invariably driven by the finance function or executive board.

PRINCE2 methodology presses for key Project decision meetings to happen when the project requires, all too often though the rhythm of the organisation dictates that meetings occur on a regularly scheduled frequency regardless of the needs of projects.

Failing to re-assess and re-align budgets more than once or twice a year flies in the face of reality. We live in a world prone to change, very little is certain any more. If anything the pace of change seems to be accelerating and the emergence of disruptive technologies seems to be rendering some things we have taken as read redundant in a very short space of time. Uber, the world’s largest taxi company owns no cars, Airbnb the world’s largest hotelier owns no hotels. Given this tumultuous and ever changing environment in which we all live and work surely it makes sense to keep a more regular eye on projects to ensure that are still a good idea and represent a good investment for the organisation. Given that senior decision makers tend to have a performance related element to their remuneration you would have thought they would be incentivised to ensure this is the case.

Conclusion
We have a lot to learn from our forebears even if we think that with all our technology and developments in management science that we have left them behind. Whilst having a business case, a decent plan and aligned budgets do not guarantee success adopting them consistently should at least reduce the chances of failure which would be a good step in the right direction.

Waste not want not indeed. 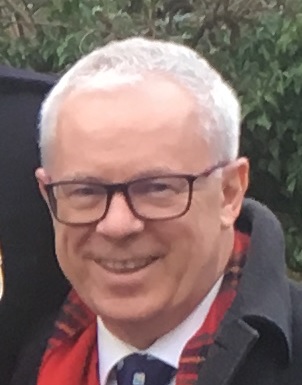