This has been a challenging year for many reasons. Industry has had to acclimatise to a new system of working, and as a result is facing its own share of project challenges, including the introduction of furlough schemes and looming job losses. Social justice challenges of structural discrimination and racism, highlighted by the death of George Floyd in the US, have left many feeling even more exhausted, anxious and fearful for the future.

Industry has responded in many cases positively by issuing statements and making social media gestures to show solidarity in support of anti-racism. However, as commendable as these statements are, a fairer society can only be built if we actively recognise, participate in and understand the underlying issues.

The statistics should give us pause for thought

The UK is made up of 14 per cent ethnic minority communities, of which three per cent are black. In April, the Institute of Fiscal Studies showed that the death rate among British Black Africans and British Asians is more than 2.5 times that of the white population in English hospitals. The fact that this is due in part to structural inequalities in society should make us all pause for thought.

The 2020 Parker review found 59 per cent of the 256 firms it reviewed did not meet the target to have at least one director of an ethnically diverse background on their board. Only 14 per cent of FTSE 100 companies set measurable objectives for board ethnic diversity, while for FTSE 250 companies the figure was two per cent. Public sector organisations are not much different. In AFBE-UK’s survey of the top 100 UK engineering companies, we found that less than 0.5 per cent of board-level positions are held by people from ethnic minority backgrounds.

Diversity and inclusion (D&I) in industry has for a long time been viewed as a somewhat uncomfortable subject. Only recently has industry begun to embrace the idea that we must look at diversity holistically and not only in terms of gender.

In 2010, the UK government published an equality strategy, Building a Fairer Britain, to tackle the barriers that discrimination laws over 40 years had not overcome. Some of the key areas focused on creating equal opportunities for all, transparency and embedding equality.

But progress has been slow. Industry has a duty of care to ensure the health and wellbeing of all employees, regardless of background. No longer should employers make indemonstrable assertions about D&I within their organisations without seeking the views from under-represented groups. This does not mean giving under-represented groups special treatment. It does, however, mean giving them a voice and a safe environment to air concerns.

Over the past few months many of our members have reported experiencing discrimination not only due to their ethnicity, but also for coinciding gender, disability and age identities. These experiences are often marked by issues such as negative stereotypes, unequal access to resources and barriers to participation and career progression.

Companies need to implement the necessary policies to promote leaders from within by actively developing a pipeline of BAME (Black, Asian, and minority ethnic) talent, not only in terms of recruitment, but for also progression by providing enabling environments where all can thrive and aspire to attain leadership positions. A step in the right direction would be for organisations to report on the demographics of their company up to board level and ethnicity pay gaps, among other things.

It is quite often the case that ethnic minority groups are left out of conversations involving their challenges and lived experience, so this is the time for companies to listen to the views of their employees and take action where required.

Research from leading organisations, notably from McKinsey & Co, demonstrates that diversity increases productivity and revenue, with diverse companies performing up to 35 per cent better, with 20 per cent revenue improvements. More than ever, the impact of world events means that revenue generation and performance will be critical to progress. D&I will be an important aspect in delivering economic growth.


AFBE-UK has created an action plan titled ACCESS.A to provide a guide on various actions companies can take. It asks organisations to accept that they can do better on racial equality, educate themselves on the reasons for these inequalities, provide safe spaces for these groups to discuss their challenges, develop clear strategies and be accountable. Read it here.

Learn more about redefining diversity in projects at our virtual event, Think Differently 2020 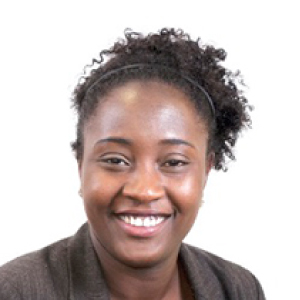 Dr Nike Folayan is a technical director at WSP and co-founder and chair of the Association for Black and Minority Ethnic Engineers, which campaigns for greater ethnic diversity in UK engineering.