Occasionally during risk workshops, someone (normally arms folded and wearing a smug expression) brings up the subject of black swans. “What about the black swans, though?” they will say. “What are we doing about them? Why aren’t we considering black swans?” This normally causes some discomfort in the room and the group moves on with the business of risk register completion with a general feeling of unease that they may be missing a trick.

So what actually is a 'black swan'? The term goes right back to the 2nd Century. There is a record of the Roman poet Juvenal referring to a black swan as something presumed not to exist. It was also a common phrase in 16th Century London used to refer to a statement or expression of impossibility, e.g. ”Cor blimey struth me ol’ china, that’s a real Black Swan”….or something like that.

Perhaps the most accepted definition of a black swan in common use today is that defined by Nassim Taleb which he described in his book The Black Swan (the impact of the highly improbable).

He states that a black swan is defined by three factors:

He gives examples such as:

Going back to the workshop attendee’s original question regarding including black swans in our project or program risk register, Taleb’s definition makes this impossible. It’s only if we were to relax his definition and re-write his first part to read ‘an event that is difficult to predict’, a stretch of imagination will likely bring about some very low probability, very high impact risks. Insurance is often a suitable mitigating option for this type of risk (although the value of insurance should be carefully considered compared with the risks involved) but what about the things for which insurance is not suitable? Terrorist attacks, political upheavals, major natural disasters. Our time should be spent considering risks that firstly, can be practically mitigated in some way and secondly, have a reasonable probability of occurring.

If you encounter the ‘Black Swan Expert’ in one of your risk sessions, respectfully ask that person for a list of black swans that complies with Taleb’s definition and tell them you will gladly include them in the risk register. 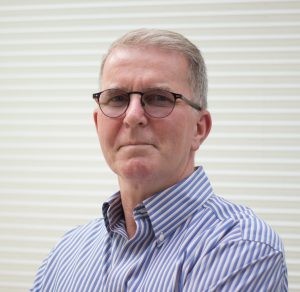 Paul Foy is the founder of Value Performance, Risk Management Consultancy. As a result of his own experiences as a project manager and many years as a member of project teams, he is a passionate proponent of Risk Management as a methodology for project success.

He has worked in the oil and gas industry for 35 years including 8 years as a project manager.

In the earlier years of his career he was an engineer in the field of measurement and control.

He is a chartered engineer, holds a MEng, an MSc in Project Management and a BSc (honours) in Psychology.

Paul is a member of the Association for Project Management (APM), the International Association of Facilitators (IAF) and lectures in Risk Management at the University of Aberdeen.