Leadership is such an interesting and evocative abstract noun. It conjures up a variety of different expectations, experiences and contexts. Despite the enormous amount of literature about leaders and leadership over the ages, there is still much debate over the essence of leadership.

‘What is leadership?’ is such a simple question, yet it continues to draw extensive debate. My favourite definition of leadership is: A set of skills enabling an individual to have followers. This individual may or may not have formal authority or a hierarchical position, but they are highly visible and set a positive example.

Traditional views of leadership tend to focus on a formalised role, title or hierarchy – on centralised command and control. These views often emphasise the ‘lone’ hero or maverick. More recent views of leadership have introduced an emphasis on social and ethical behaviour: Richard Greenleaf (1970) has given us the concept of servant leadership; Rosabeth Moss Kanter (1994), David Chrislip and Carl Larson (1994), David Archer and Alex Cameron (2008), and Ken Blanchard (2015) have developed the idea of collaborative leadership; Daniel Goleman (2003) has given us ideas around emotionally intelligent leadership, Bill George (2004) authentic leadership, and Deborah Ancona (2007) incomplete leadership.

At the same time, we’re moving away from a preoccupation with project planning and control tools as the keys to success, and towards the management and leadership of people and their performance. This is not an ‘either/or’ scenario, but rather a rebalancing of the capabilities needed. Providing leadership capability is not just left to ‘leaders’, as the project community is discovering, and every project manager needs elements of leadership capability to be effective.

This focus on the human factors underpinning success comes at a time when project leadership is becoming a strategic issue for businesses and government, and when the pool of people with the necessary experience and behaviours needed to run complex, multifaceted and interconnected projects isn’t expanding at the rate required to keep up with demand.

Meanwhile, organisations that recognise the value of the project leadership capabilities in their project community have varying responses to it. For some organisations, individuals moving into project leader roles are supported by in-house academies or by development programmes working to educate and support project leaders over a period of time until new patterns and behaviours are established and successful. For other organisations, there seems to be an expectation that simply anointing an individual with the title ‘project leader’ will automatically endow them with the required knowledge and expertise, leaving the individual to battle through and find their own best way forward.

What should we now be highlighting as important and core project leadership capabilities? Which core competencies do project leaders need to meet the significant asks being made of them?

We live in a time when project leaders are being asked to exceed expectations that are already high; when they are being given high levels of delegated executive power and then expected to hand it back at the conclusion of the project; when they often lead multicultural, multidisciplinary, multi-geographic, multi-time-zone virtual teams and are asked to be visible.

Having worked in the project space for more than 25 years, my top three competencies for project leadership over and above project management would be:

What would be your top three competencies for project leadership? Comment below...

Sarah Coleman works with cross-sector multinationals and government and non-governmental organisations in the UK and internationally, helping them improve project, programme and transformation performance. She is also a published author and visiting fellow at Cranfield University. Coleman is currently co-leading research into project leadership capabilities with the university and multinational industry partners as part of the APM Research Programme.

She explains: “The research aims to identify, highlight and share project leadership competencies at a time when projects are becoming a strategic issue for organisations, and for mega-projects commissioned by government. With projects representing high costs and increasingly using extended supply chains and multi-geography virtual teams, they also represent high risk. This matters. The government, for example, calculates that over 90 per cent of policy, and over £500bn of spend, is now delivered through major projects.”

Find out more here, the research is due to be published later this year.

Sarah Coleman is a Chartered Project Professional, Fellow and former Trustee of APM.  She is a thought-partner and advisor working at leadership team and board level across government, the public sector and private sector organisations.  Sarah has over 30 years' experience across the entire lifecycle from inception to closure and of every aspect of project, programme and portfolio management and of transformation across private sectors, public services and government in the UK and internationally.  She is valued for her excellent communication style, relationship-building skills at all levels of the organization, her willingness to share experience and knowledge gained in other sectors, and her ability to challenge positively and constructively.

Since October 2016 Sarah has been an Infrastructure and Projects Authority Associate, Major Projects Reviewer and Subject Matter Expert (Projects, Programmes and Transformation) for infrastructure, digitisation and transformation.  Sarah has extensive experience of every aspect of projects, programmes and transformation across the entire lifecycle (from early stage shaping and scoping through to start-up, delivery and closure) and across all activities (establishing governance and process, planning, performance reporting, benefits management, risk identification and management, through to communication and stakeholder engagement.  She also has robust experience of assuring projects, programmes and transformation, and of developing competency frameworks and L&D strategies for in-house capability building. She helped Wellingtone develop their APM Accredited Assurance Practitioner Course.

Sarah holds an MBA from Cranfield School of Management and is a Visiting Fellow at Cranfield University.  She is a Chartered Project Professional, Fellow and former Non-Executive Director of the Association for Project Management, and a Chartered Fellow of the Chartered Management Institute. 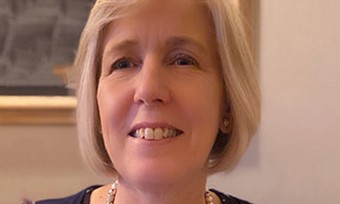