There seems to be a common view that project management is very simple – you know where you want to get to, you think you know the intermediate steps, then it’s just a matter of lining up the sequence, drawing up the Gantt chart, nailing the critical path and master budget – and charging ahead! If it really was that simple, there would be no need for APM.

The reality of high-tech, high-risk projects

Perhaps that’s a jaundiced view of what we do, but in our projects, we practise a rather unique form of project choice: high-tech/high-risk, unique world record‑breaking programmes that always have to start with zero funding. Conventional equity funding is understandably unlikely because of the blue-sky innovation and unlikely return on capital. So, the main funding comes from sponsorship, because the projects tend to attract considerable levels of media attention.

But our teams’ successes have been inspirational. These included breaking the unlimited world land speed record at 633mph (and even more importantly achieving the project design speed, which is the speed target you set out to achieve when you initiate a project. When we started the Thrust 2 record programme in 1979, we set the peak design speed target at 650mph – in fact, we achieved the peak speed of 650.88mph).

A project is most likely to fail when it’s getting towards achievement and every financial thread is stretched to the point of transparency. It’s as if you fight your way through the programme, battle through all the doubters and when you emerge into the sunlight with the project ready to go, key backers have second thoughts and run for cover.

Unhappily, we had this happen with the £30m Bloodhound 1,000mph car project when, within a year of high-speed testing, the UK Government decided not to pay against a ministerial offer. Our Chinese sponsor walked away and lost his first tranche but was kind enough to explain that this was not the project’s fault. Much later, the Secretary of State approved the deal, but it was too late to save the original project.

Despite the loss of the Bloodhound project, there was one enormously valuable national benefit. The Ministry of Defence was concerned about unsatisfactory recruitment into science and engineering careers, so they asked us to focus the programme on educational inspiration. We opened up the project, shared the technology challenge and the experience online at exhibitions and in classrooms and, by 2017, we were engaging with more than 120,000 youngsters every year.

All this makes the point that the backers and the project management team have to work closely – they have to join in and share the experience. Faced with difficulty, the importance is always to stick to the programme, validate every stage and keep up the all-important pace of development – and communicate.

The taking of risk sets your project apart from its competition. The very act of avoiding risk in a project increases the risk of project failure dramatically. Experience shows that successfully taking risk actually increases the project life substantially simply because your team is going where the competition fears to tread.

Taking risks opens up the most incredible opportunities – it drives huge interest in the programme, and the new features themselves open up new avenues of experience, marketing and learning.

Compare the 1983 Thrust2 car and its 35,000 jet hp conventional steering with the 1997 ThrustSSC car that had twin after-burning turbofan engines, 110,000 jet hp and rear-wheel steer. The innovation in design and testing gave us the world’s first-ever supersonic land speed record. We would have failed if we hadn’t made the change.

All well and good, but what happens to your project when it goes wrong? The usual medicine with a hierarchical government-type project is to fire the project director, refinance the programme and hope for better but delayed results. We have seen this with multiple extended defence projects.

In our case, we can’t afford the luxury of failure, so we run flat companies with clear team responsibilities and appropriate empowerment. There is a culture of open and fearless communication and no blame. In effect, this means that if the project is going off-track, it is corrected well before there is expensive damage or lost time.

So, we are off on the next project right now. It is very high risk, has real values for the community and the technology does not exist. This is going to be another fascinating experience… Richard Noble brought the land speed record back to Britain in 1983, and he hasn’t stopped taking extraordinary risks on his subsequent land, sea and air projects. He is an APM Fellow. 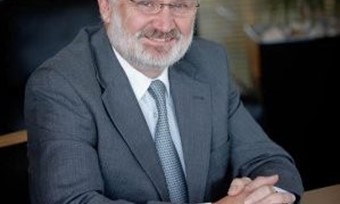